#MeToo: Must sexual assault be denounced in public every time? 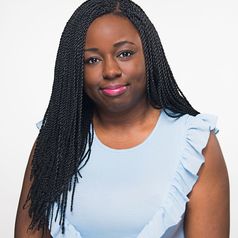 Is speaking out in public about a sexual assault always a liberating act? Is it the only way to assert yourself as “courageous?”

African-American activist Tarana Burke raised that question at the Women Deliver conference I attendedin Vancouver this June. More than 8,000 participants, representing nearly 165 countries, attended the largest gathering for the rights, health and well-being of women and girls in the world.

During a panel on the power of social movements, Burke said there was also power in keeping silent.

I was intrigued by this statement from the founder of the #MeToo movement. #MeToo is a revolutionary movement that went viral in several countries in Oct. 2017. It was described as historic at the time.

Burke founded MeToo in 2006. Basing it on her own experience as a sexual assault survivor, she sought to create a network of solidarity and caring for Black women and girls in her community in the United States who have experienced gender based violence.

In 2017, following allegations of sexual harassment against entertainment mogul Harvey Weinstein, Alyssa Milano relaunched the movement as a hashtag on Twitter. The actress invited all victims of harassment and sexual assault to denounce the violence they experienced with two words: Me Too (#MoiAussi in French).

In the space of a few weeks, #MeToo became a movement that crossed the borders of the United States and continues to resonate today, reminiscent of #BeenRapedNeverReported (#AgressionNonDenounced) founded in 2014 by Canadians Sue Montgomery and Antonia Zerbisias.

In Canada, #MoiAussi resonated in Québec. A 61 percent increase in sexual assault reports to the police took place at the height of #MoiAussi, the highest percentage of all provinces according to a recent Statistics Canada report. Several sexual assault assistance and control centres in Québec have observed an increase of up to 500 per cent in requests for assistance.

Many influential public figures in Québec have also been called out or charged for harassment and sexual assault. #MoiAussi was described as a “social hurricane” by Hélène David, who was the provincial Liberal minister responsible for the status of women at the time.

The courage and resilience of the women who have spoken publicly since Oct. 2017 has been hailed. Changes have been demanded in the way police investigate sex crimes and how the judicial system handles such cases. Tongues have come loose. Thousands of survivors’ voices have been heard.

Yet, despite these significant advances, Burke says there is power in keeping silent.

The #MeToo movement has strongly suggested that women need to make the sexual assaults they have experienced public, whether in the news media or on social networks. Indirectly, women who publicly denounce are seen as courageous, unlike those who do not.

In Québec, the women who denounced Gilbert Rozon, founder of the Just For Laughs international comedy festival, called themselves “The Courageous Women.”

Many raised the need for an intersectional analysis of public disclosure issues.

It was noted that #MeToo had mainly promoted the words of white and privileged women. Women with disabilities, who belong to the LGBTQ community, are Indigenous, or racialized receive less media coverage about their experiences of sexual assault.

They also have reduced access to health and social services and the justice system, while they are over-represented among the victims of this violence due to multiple intertwining systems of oppression that target them.

For #MeToo to be “a movement and not a moment,” said Trana Burke in a TED talk, it must be allowed to reach all survivors, rather than a fraction of them, while respecting their diversity and specificities.

Advantages and disadvantages of talking

Burke does not say that we should never denounce the violence experienced. Nor does she condemn those who decide to do it publicly.

Rather, she argues that there is power in someone choosing to whom, and how they disclose such an intimate traumatic experience in order to maintain control over their sexual assault story. Thus, it is not necessary for all women to shout in the public arena that they have been assaulted. We must honour and respect the choice of those who refuse to take this avenue.

Many women choose to talk to trusted family members or a health and social services professional about their abuse. Others express their experience through an artistic process, such as photography, writing or painting. Their courage is no less than that of those who have gone to the front in social and traditional media.

Burke believes that it is a heavy burden for victims to feel almost obliged to denounce in the public arena with the ultimate aim of advancing the movement.

This therefore invites reflection. It appears that the advantages and disadvantages of public denunciation must be carefully weighed. Burke wants us to think about the spaces that are more benevolent than others in making such revelations, and being aware that even the benevolent ones may not be entirely so.

We must salute the courage and sacrifices of those who have made possible a necessary and long overdue public debate on this scourge. However, it is also important to keep in mind that there is also power in the choice of deciding the parameters of one’s disclosure of sexual assault and to decide on which terms one chooses to denounce.