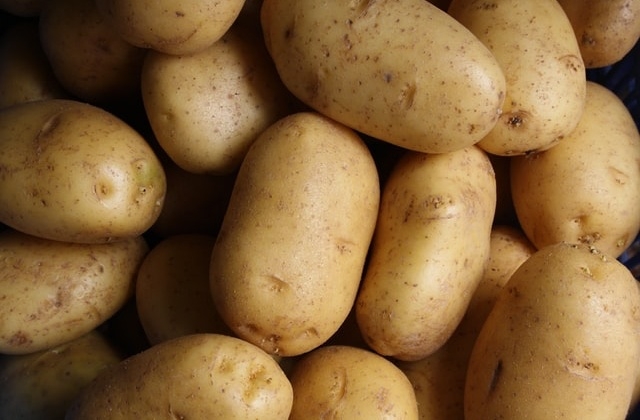 McDonald's and Lotteria fast-food outlets are struggling to make some changes to their menu as potato shortage has now hit South Korea. Officials said that the two restaurant brands are replacing their french fries with either chicken nuggets or cheese sticks as there is not enough supply of potatoes.

As per The Korea Times, the cause of potato shortage in South Korea was due to issues with the supply chain due to the COVID-19 pandemic and climate change. While McDonald’s Korea and Lotteria are trying their best to find suitable replacements for their potato dishes and sides, customers were said to have expressed frustrations with the changes to the menu.

This is because restaurants have been changing their food menu more frequently these days. It started when both had previously faced tomato and lettuce shortages, and now the menu is changing again because of the current potato shortage.

Lotteria informed its customers that it would replace its french fries with other available sides through a public post online. McDonald's Korea also posted a similar notice and asked customers for understanding.

To address the situation, Lotteria’s operator, Lotte GRS, said it is searching for other potato suppliers other than the United States, where it usually gets its potatoes. An official from the company said they started to import frozen potatoes from Europe last year to deal with the repeated supply problem.

"The quality of potatoes may be different from American potatoes, but the company decided it is better to supply the food stably first," the Lotte GRS official added.

For McDonald’s Korea, the issue is not as big as with Lotteria, and it is offering other sides to replace its french fries. The company said the lack of the favorite potato side is not a big issue with them as they have other popular sides too.

"We have posted the notice in case we might face difficulty supplying French fries, but it is not a big problem for now,” a McDonald’s official said. “Only a few of our stores offer chicken nuggets instead of French fries."

New Strait Times reported that most local franchise firms in South Korea use imported frozen potatoes from the U.S. since the country cannot farm a lot of potatoes due to low profitability. The potatoes mostly come from Idaho, but the region was affected by drought and heatwave last year. The pandemic made the situation worst as it caused labor shortages, especially during the harvesting season.