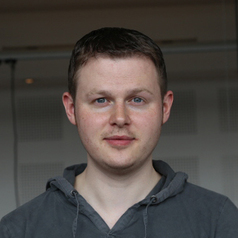 One thing’s for sure, it has not been a good summer for Lionel Messi. Following a fourth international cup final defeat, the diminutive Argentine announced his retirement from international football on June 26, aged just 29. The “Don’t go, Leo” campaigns had barely subsided before he and his father were handed a 21-month jail sentence for tax fraud.

They were found guilty of not declaring £3.5 million of earnings between 2007-2009, linked to the use of tax havens in Belize and Uruguay. Football lovers fearful of the loss of (arguably) the world’s greatest player should be comforted by the fact that sentences under two years can be served outside of prison in Spain.

Messi maintains his innocence and will appeal the decision. But this and the fact that he can keep playing does little to address the serious issue of how some footballers manage their finances – something many in the industry struggle with.

Messi’s case is not unique in Spain or (for that matter) Barcelona. Earlier this year, Messi’s Brazilian team-mate Neymar was also reprimanded and fined €45.9 million for failure to disclose earnings from a range of sources. Neymar also maintains his innocence and is making an appeal.

From one perspective, Messi’s tax dealings should not come as much of a surprise. The use of tax havens is seemingly the done thing for the super-wealthy, the world over. But there are aspects of the beautiful game which may lend themselves more generally to the aggressive pursuit of even greater earnings.

The game’s global union FIFPro has long urged an abolition of transfer fees so pivotal to the concept of player “ownership”, as well as caps on agent earnings. Outside of player registrations, the concept of economic rights for players has also proliferated in recent years, adding exposure and marketing revenue to the game’s more famous stars, the clubs they play for and the brands/products they advertise.

Messi earns a purported £256,000 per week after tax – so why would any player risk biting the hand that feeds them? One partial explanation may lie in recent adjustments to the Spanish tax system. Previous low rates of tax, linked to a source of competitive advantage for the top flight of Spanish football, La Liga, have since been hiked. The Spanish tax rate for top earners more than doubled in 2012 to 54%.

More generally, the problems emerging from the Messi case reflect the fact that, while the globalisation of football in economic and cultural terms is near-complete, the legal rights, regulations and procedures surrounding the sale of players remain highly varied across the globe. Footballers are recruited across a global labour market, though key regions (notably South America) operate with very different norms and regulations regarding ownership rights and recruitment procedures.

Third party ownership, for example, has become commonplace in certain regions of the world. This is where a third party individual or company will give a player or club money in return for owning a percentage of a player’s future transfer fee or “economic rights”. In the UK, the process has become synonymous with Carlos Tevez who arrived at West Ham against the rules of English football, under the ownership of businessman Kia Joorabchian.

But in South America third party ownership is common. It is also accompanied by a spate of high profile scandals involving tactics whereby players are temporarily registered and sold via low-tax jurisdictions (such as Uruguay) as a means of avoiding tax on transfer fees.

The point here is not to conflate issues of third party ownership with Messi’s own crime of tax avoidance, but to put the crime in context. Football is a global industry which operates differently in different parts of the globe. Added to this, many footballers emerge from humble backgrounds and difficult circumstances: combinations of ignorance, greed and acting on bad advice are likely to emerge.

This is not to say that footballers, like workers in any other profession, are free from responsibility when it comes to paying tax or meeting their legal obligations. A major problem is that many people who stand to profit (which may include friends and family members) have an interest in taking risks on the player’s behalf.

Did Messi even know his actions were illegal? Barely a year goes by in football where a legal controversy of one form or another does not emerge, be it more serious cases of fraud or tax avoidance (as with Messi), illegal payments relating to transfer fees (see manager Harry Redknapp’s infamous case in 2012) or unlawful player gambling (including in games they are involved in).

Like Messi, Redknapp pleaded ignorance as well as innocence when it came to charges over his own illegal payments. As well as “knowing nothing” Redknapp went a stage further by citing an inability to text, write or type as part of his defence. He was cleared of tax evasion charges.

If ignorance is no defence, then football as an industry must ensure its players are educated on the legal rights and wrongs associated with the profession. This is particularly important for those elites at the forefront of the game and its marketing, not least because literally billions of viewers (including young, impressionable and avid fans) consume the global game.

Thomas Hastings does not work for, consult, own shares in or receive funding from any company or organisation that would benefit from this article, and has disclosed no relevant affiliations beyond the academic appointment above.