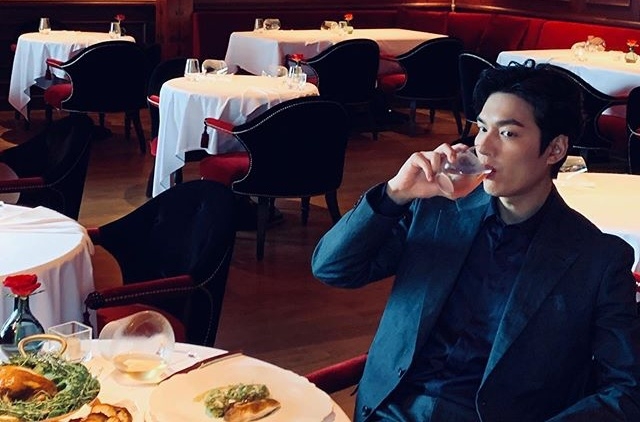 Lee Min Ho is making his big comeback after being absent in the drama scene for more than two years now. Back in April, just a week after his discharge from the army, he signed with SBS to work on “The King: The Eternal Monarch.” The fantasy drama will reunite him with “The Heirs” screenwriter Kim Eun Sook, so the actor is excited about the project.

Since the confirmation of his role in the said drama, pre-production works has begun, and it was recently revealed by Min Ho that the script is already complete. Through live streaming on Instagram, the actor disclosed that the script for his first drama in two years is ready so they are on standby for filming.

Script reading kicks off production of the drama

In the latest development, it was reported that the script reading for “The King: The Eternal Monarch” already took place today, Sept. 17. This will be the cast’s first script reading, and along with Min Ho, everyone is present including Kim Go Eun, Woo Do Hwan, Lee Jung Jin, Kim Kyung Nam, and Jung Eun Chae.

According to TV Report, the script reading began at 2 p.m., and it was held in Sangnam, Seoul. This conference signals the start of the production process, and filming will commence immediately.

What the drama is about

Lee Min Ho’s “The King: The Eternal Monarch” will tell the story of parallel worlds that are connected by a door. The two sides are not supposed to be visible to either universe, but the gate was opened, and the king from the old world sprung to action to avoid chaos once the existence of the door is discovered by his people or the inhabitants in the present time.

Emperor Lee Gon will be played by Lee Min Ho, and he will seek help from the modern-day detectives that include Kim Go Eun’s character, Jung Tae Eul. They will work to protect everyone in their own worlds, and there could be some love lines too as they deal with the predicament. Meanwhile, the drama has no exact airdate yet, but it will arrive in the first quarter of 2020.