‘Keeping Up With The Kardashians’ season 17 to air Kylie Jenner surprising revelation about Jordyn Woods; Does she miss her ex-BFF? 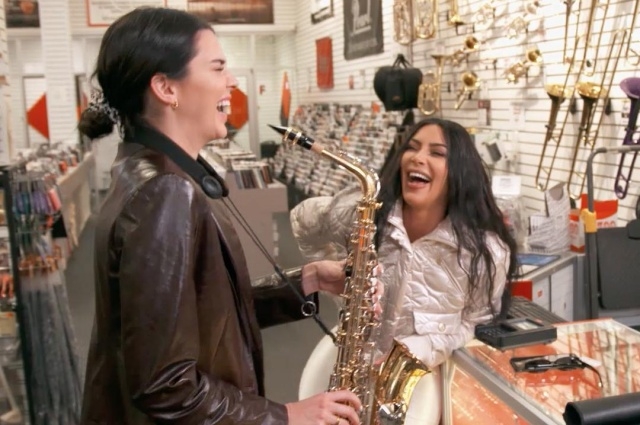 Photo by: Keeping Up With the Kardashians/Twitter

“Keeping Up With the Kardashians” season 17 is up next after the 16th installment aired its explosive finale in June. The famous sisters and their momager Kris Jenner are set to come back soon with more unpredictable but surely controversial episodes.

One of the scenarios to wait for in “Keeping Up With the Kardashians” season 17 is how Khloe Kardashian will deal with the Tristan Thompson cheating scandal. This is a tricky situation because the third party involved is a family friend and someone who lives with Kylie Jenner because it is her best friend, Jordyn Woods.

Khloe and Tristan finally broke up after the latter was caught cheating once again. It can be recalled that the basketball player already cheated on his baby mama while she was still pregnant with her daughter True, and there were pictures to prove the allegations.

However, Khloe chose to forgive him, and they stayed together for a while before he was caught again. This time, he was flirting with Kylie Jenner’s best friend, and it could be more than just flirting because she was in his home and they were kissing.

Tristan, especially Jordyn, denied that something happened when she was at Tristan’s home. She even appeared on Jada Smith’s Red Table show to explain her side, and this only angered Khloe even more because the woman is going around and freely talking about the incident while she is the victim in the messy affair.

Kylie opened up about losing Jordyn

Kylie Jenner was caught up in the middle when it was determined that Jordyn is the third party and the cause of her sister’s Khloe’s breakup with Tristan. She was her BFFs, and they were inseparable, and in fact, Jordyn lives with her, and they do everything together.

After the incident, her family was worried about their youngest sister, and they wonder how she feels after losing her best friend. In the video teaser for “Keeping Up With the Kardashians” season 17, Khloe asked Kylie how she is without Jordyn in her life, and the lip kit mogul gave a surprising answer.

"I think that this whole Jordyn situation needed to happen for a reason for me, for you, for everybody,” she said. “Jordyn was my security blanket and she lived with me. We did everything together and I just felt like, 'Oh, I have Jordyn and I don't need anything else.'"

Lastly, Kylie seems to suggest that what happened was a good thing because it allowed her to grow. She added that this needed to happen as she also needs to learn to stand by herself.

“Keeping Up With the Kardashians” season 17 will premiere on Sept. 15 on E!