Katie Holmes deeply in love and moved in with boyfriend Emilio Vitolo: Rumor 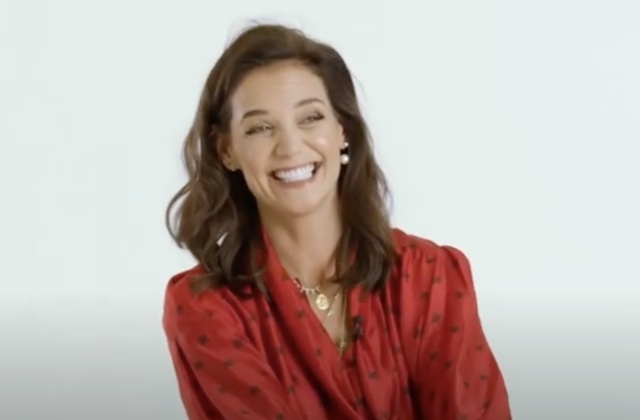 Katie Holmes and Emilio Vitolo Jr.’s dating relationship was revealed a few months ago. It surprised many people because the actress has been very open about it, and in fact, their romance was made known to the public through their PDAs while out on dates.

Many are saying that Katie Holmes is being like this because she truly fell head over heels for her chef boyfriend. Now, because she is so in love with him, it was reported that Suri Cruise’s mom has moved in with him already.

As per Life & Style, Katie Holmes and Emilio Vitolo Jr.’s whirlwind romance is progressing really fast. The “Dawson’s Creek” star is really crazy about her new beau that she has now moved in with him.

The actress could not hide her overflowing love for Emilio that she is even letting the world know about him by not minding the paparazzi and just openly going on dates with him. She has been caught in photographs kissing, hugging, and staring at her boyfriend, which are proofs she is totally into Emilio.

Now, as for their living arrangement, it was said that it was a mutual decision as the chef also feels the same way as Katie Holmes. He is also very in love with her despite being in the relationship for just a few months and not to mention that he just broke up with his fiancee before his dates with Tom Cruise’s ex-wife was revealed.

“He feels the same way, and their relationship is moving really, really quickly,” the source shared. “The pair are now looking to reside together in the Big Apple ad they’re practically living together anyway.”

Are Katie and Emilio really coming home to the same house now?

Gossip Cop debunks this story because the report has many holes. Firstly, Life & Style is confusing the readers by claiming Katie Holmes and Emilio are already living in but the source was saying, they are planning to move in together.

This is certainly a conflicting statement simply because there is no truth in the story. What’s more Katie Holmes’ own rep has denied the actress and her boyfriend are moving in together.