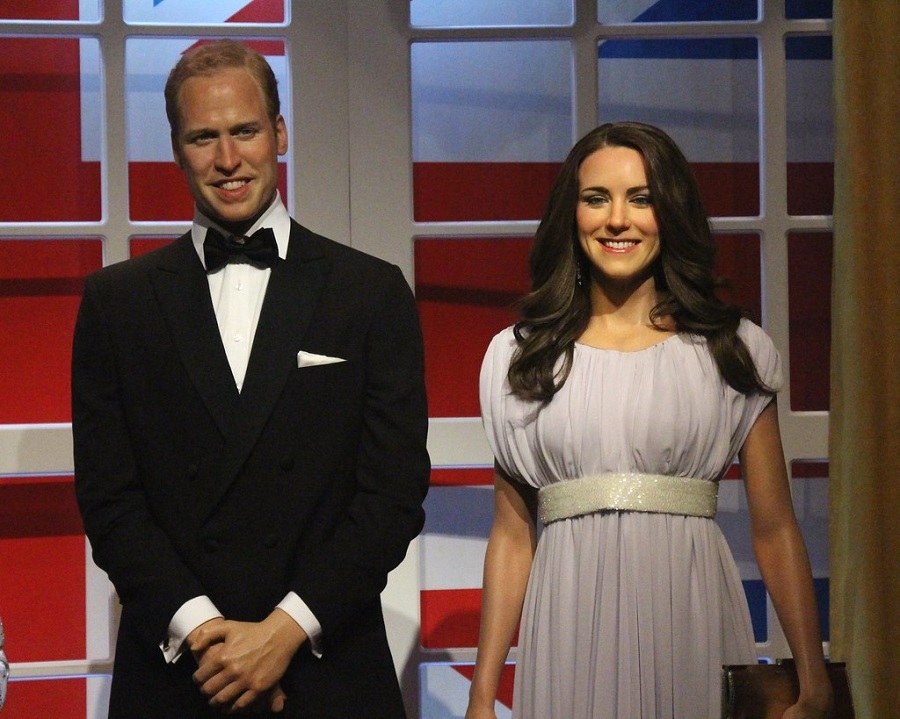 Prince William and Kate Middleton’s wax figures at the Madam Tussaud Hollywood. | Photo by Prayitno (licensed under CC BY 2.0) / Flickr.com

If not being rumored going through a divorce, tabloids often report that Catherine, Duchess of Cambridge is expecting another baby. This time, another story is claiming that she is expecting baby no. 4 because of a supposed baby bump spotted.

Kate Middleton pregnancy: Is she really carrying baby no. 4?

The latest pregnancy claim comes from a report of New Idea that insists Kate is seen with a small baby bump when photographed wearing a pink dress and carrying her youngest child, Prince Louis. The same publication doubled down on its claims with a supposed royal insider. The source said Kate would love to have a fourth child mainly because she wants Louis to have his own best friend just like how close Prince George and Princess Charlotte have become.

Rumors of Kate having another baby is not new. Earlier this year, another source told Daily Mail that the royal couple, especially Kate, would love to have another child. “She loves children and is prepared to put herself through another pregnancy even though they have been complicated by severe morning sickness in the past,” the insider added.

The pregnancy rumors were further ignited when she visited Northern Ireland in February and reportedly told British author James Barr that his son is “gorgeous” and meeting him makes Kate “feel broody.” But the Duchess of Cambridge was purportedly quick to add, “I think William might be slightly worried."

No official announcement of pregnancy yet

While the possibility of having another royal baby on the way can be exciting for fans of the British royal family. However, the fact is the Kensington Palace has not announced that Kate is pregnant with baby no. 4, so fans must count the report as another rumor.

In Kate’s three pregnancies, she has suffered from hyperemesis gravidarum. It is a pregnancy complication that induces severe nausea, vomiting, and weight loss. When not treated well, it can also lead to dehydration. This is also the same reason why at a certain period into her pregnancy, Kate is forced to bow out of official engagements to get her much-needed rest.