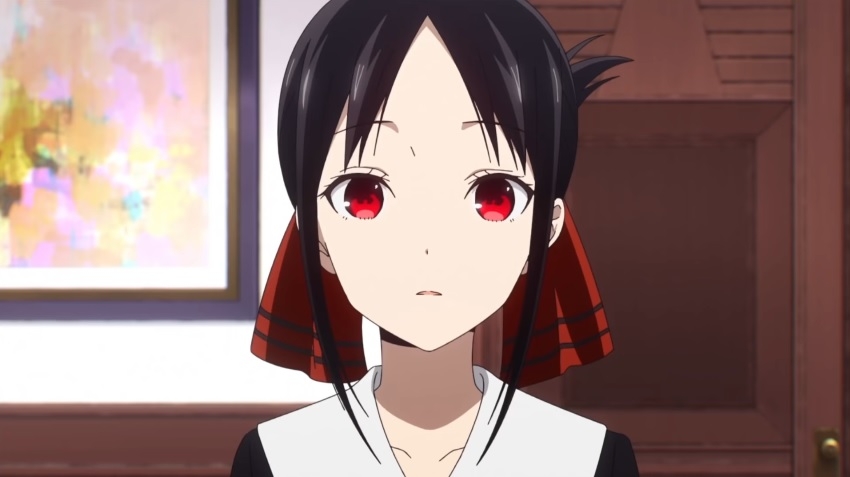 “Kaguya-sama: Love Is War?” season 2 episode 9 picks up from one of Kaguya and Miyuki’s closest encounters – literally and figuratively – when the two almost kissed. However, it will have some adverse effects on the vice president of the student council, causing her to want to avoid the guy she secretly loves.

The lovesickness arc has started over the weekend after a major event in the convoluted rom-com plot between Kaguya and Miyuki. The two almost kissed after being locked in the PE storage room. The following day, Kaguya fainted in the student council room and was “diagnosed” by Japan’s top heart surgeon as being lovesick.

Kaguya, of course, cannot tell Miyuki that he is somehow the reason she was sent to the hospital. The manga chapters that are likely to be featured in “Kaguya-sama: Love Is War?” season 2, episode 9 showed Kaguya’s initial plan was to avoid Miyuki.

Assuming the anime adaptation will follow this, “Kaguya-sama: Love Is War?” season 2, episode 9 will likely show instances where Kaguya immediately leaves the student council room as soon as Miyuki enters. Her efforts will not go unnoticed by Miyuki, although he will not understand why.

The problem now is Kaguya’s feelings for Miyuki has intensified that she cannot be near him without her exhibiting physical effects of lovesickness – in this case, getting dizzy and even passing out. Kaguya will talk to Hayasaka about this, to which the latter suggests she develops a “routine,” much like how dogs are trained. Kaguya should find a gesture she is most comfortable doing and associate it with activities that relax her.

Kaguya chooses the movement where she places her right hand on her left cheek. After a few days of training herself, she will become good at it. “Kaguya-sama: Love Is War?” season 2, episode 9 will immediately put this to the ultimate test when Miyuki confronts Kaguya to ask if she has been avoiding her.

Kaguya is in for some of the most challenging interactions with Miyuki in the upcoming episodes. It will not be easy to explain her recent actions because the two are still playing this long-running mind games of making the other confess.

It can be recalled that the two main protagonists believe that whoever admits their feelings first becomes the inferior one in the relationship. Kaguya getting lovesick will very likely make things more interesting starting in “Kaguya-sama: Love Is War?” season 2, episode 9 that will be released on Saturday, June 6.