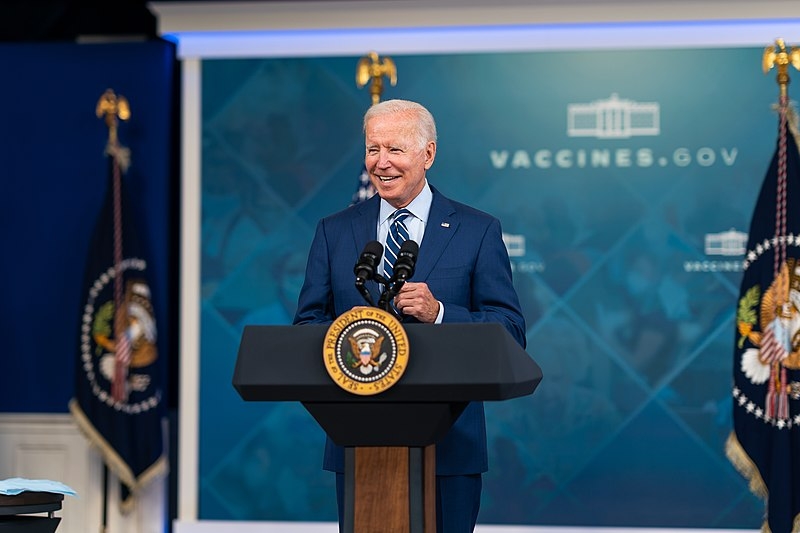 This week sees US President Joe Biden’s legislative agenda on the line as Democrats in both the House and the Senate look to pass two bills that could move it forward. The White House has announced that Biden has postponed his trip to Chicago in order to focus on the proposals.

Biden was originally set to travel to Chicago this week to address his administration’s COVID-19 vaccine policy, but in order to focus on his legislative agenda, the White House announced that the trip would be postponed. The two proposals hang in the balance due to Republican opposition along with internal conflicts in the Democratic Party despite receiving bipartisan support from the public. There is also the issue of a possible government shutdown as lawmakers scramble to prevent the country from going into an economic collapse.

“He will remain at the White House tomorrow to continue working on advancing these two pieces of legislation to create jobs,” said a Biden administration official Tuesday.

When it comes to raising the debt ceiling that received bipartisan action three times under Biden’s predecessor Donald Trump, Republicans in the Senate have all opposed the measure now under the Democratic leader. The GOP cited that the Democratic Party should do so on their own as they hold control in the Senate, the House, and the White House. However, at the same time, the GOP also blocked the measure, sending the government into default.

Treasury Secretary Janet Yellen has already warned that the government will likely exhaust its funds by October 18 unless the debt ceiling is raised.

In other news, India’s ambassador to the US, Taranjit Singh Sandhu, spoke warmly of the recent visit by Indian Prime Minister Narendra Modi to the US. Modi visited Washington, where he and Biden had their first in-person bilateral meeting along with their meeting with their counterparts in the Quad alliance. The latest visit is Modi’s first meeting with Biden as US President, as Biden has previously met with him twice during his vice presidency.

Speaking at an event hosted by Indiaspora Wednesday, Sandhu said Modi’s visit was successful and that there was a “good, candid, and substantial exchange between all four leaders.”