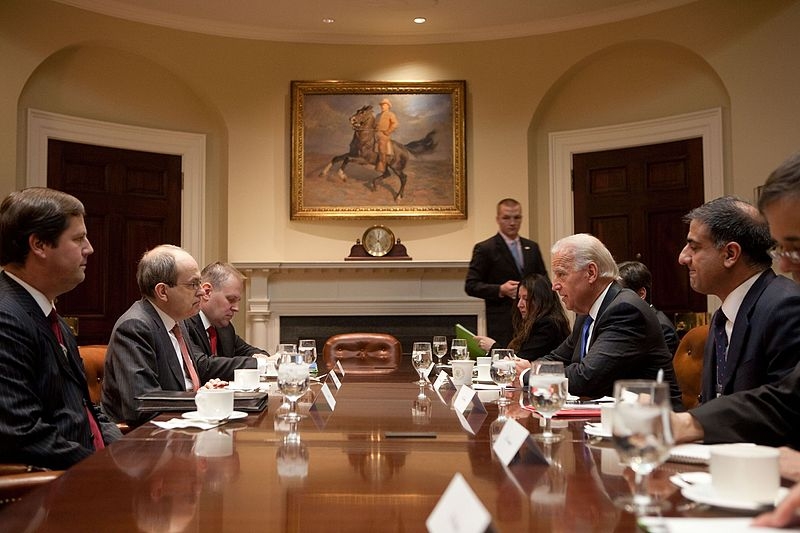 One of the events that served as a catalyst for the impeachment trials against President Donald Trump was the since-debunked investigation onto former vice president Joe Biden’s son, Hunter Biden. Following the news of the Senate authorizing a subpoena onto the public relations firm in relation to Hunter Biden, the Biden campaign has criticized the panel in charge of attempting to smear the former vice president.

CNBC reports that the Biden campaign criticized Republican Senator Ron Johnson for pursuing a probe related to Hunter Biden, saying that this is the Republicans’ attempt to smear the Bidens and save Trump. Johnson, who serves as chairperson for the committee pursuing the probe, voted to authorize a subpoena towards Blue Star Strategies, the PR firm that worked with Burisma Holdings, where Hunter Biden served as a board member. The PR firm has since responded to Johnson saying why was there a need for a subpoena when they have willingly complied with submitting the necessary documents.

“We’re in the middle of the worst public health and economic crisis in a century, and what is Senator Johnson focused on? Running a political errand for Donald Trump by wasting Homeland Security Committee time and resources attempting to resurrect a craven, previously-debunked smear against Vice President Biden,” said Biden campaign spokesman Andrew Bates in an email. Bates then added that Johnson should be focused on the coronavirus response instead of trying to save face on behalf of Trump.

According to Johnson, the GOP Senators are investigating whether the PR firm tried to take advantage of Hunter Biden’s connections to Burisma while his father was still in office as vice president. The Democrats in the Senate have voted against issuing the subpoena and accused their Republican counterparts of ignoring the severity of the pandemic.

Meanwhile, Biden gains another win following the results of the Democratic primaries in Oregon. Biden won 69.1 percent of votes over Vermont Senator Bernie Sanders, who gained 18.1 percent of the votes. Senator Elizabeth Warren came in third with nine percent. As Oregon has 61 pledged delegates, majority of those delegates will be awarded to Biden.