Ivanka Trump criticized: First daughter attends the Global Women's Forum in Dubai and not everyone was pleased 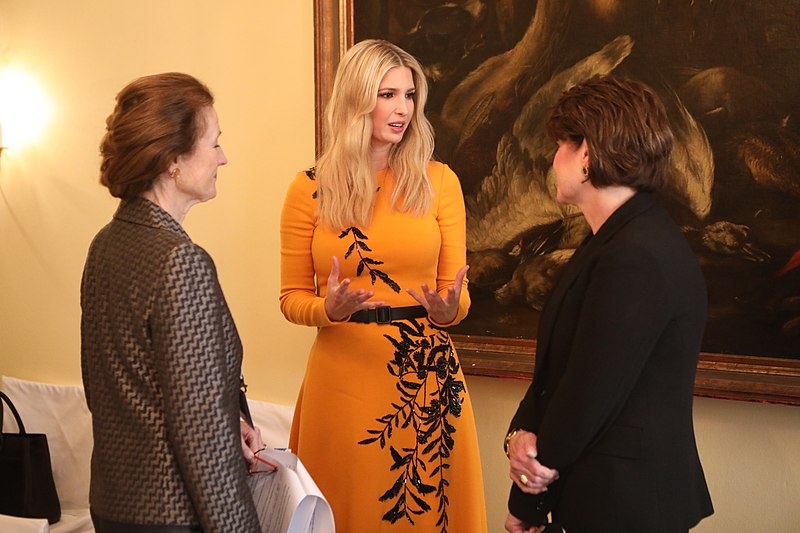 First Daughter and White House adviser Ivanka Trump attended the Global Women’s Forum in Dubai. During the roundtable discussion with other influential women, it seemed that not everyone was happy to be there.

Politicalflare reports that Trump was a guest and keynote speaker at the second annual Global Women’s Forum that was held in Dubai over the weekend. She met with Crown Prince Sheikh Mohammed bin Zayed Al Nahyan. Ivanka also met with several authorities at the Louvre Abu Dhabi including Minister of State for International Cooperation Reem al-Hashemi, Minister of Culture and Knowledge Development Noura al-Kaabi, and Minister of State for Advanced Sciences Sarah al-Amiri.

Ivanka also attended the We-Fi MENA Regional Summit that also took place in Dubai, an event focused on inspiring and empowering female entrepreneurs in the Middle East and Northern Africa while also providing opportunities for aspiring entrepreneurs through workshops. Trump updated her Instagram with a photo from the event, writing that progress has been made towards gender equality in the Middle East with the governments involved.

But not everyone was pleased with Ivanka’s attendance at the event. A video from a roundtable discussion in Dubai showed Ivanka in the midst of a conversation, one of the women at the table rolled their eyes. Ivanka naturally did not notice the reaction and continued to speak to those who were in front of her while the rest of the women who were sitting on both sides looked on to listen.

Before heading to Dubai for the events, Ivanka shared an update on her Instagram celebrating Valentine’s Day with her husband and fellow White House adviser Jared Kushner. Trump shared a black and white photo, with Kushner in focus and gazing at her from the side. “My Love. My Champion. My Rock. My Valentine!” wrote Trump on the caption. She also posted this on her Instagram story.

This would be the 11th Valentine’s Day that Trump and Kushner are spending together since tying the knot back in October of 2009. The couple has three children together: Arabella, Joseph, and Theodore.

Prior to Valentine’s Day, Ivanka celebrated the anniversary of the women’s prosperity initiative at the White House alongside Secretary of State Mike Pompeo.