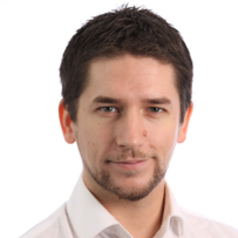 The headlines state it clearly, and in capital letters. “Migrant crisis: Spain rescues 600 people in busiest day,” wrote the BBC. “Spain rescues HUNDREDS of migrants crossing from Morocco,” exclaimed the Express. According to these reports, there is a growing migrant crisis in Spain as the number of people crossing the Strait of Gibraltar by boat increases. The problem is, in most of them there’s a little evidence, a lot of dramatising and not much perspective. So is it right to speak of a crisis?

The available data does show an upturn in boat migration from Morocco to Spain. There have been consistent increases in the number of people seeking to reach Spain irregularly by boat over the past five years. According to the UNHCR, 3,237 arrivals were recorded by sea in 2013 but by 2016 this had more than doubled to 8,162. In 2017, this process has accelerated and by mid-August there were 9,738 people recorded having made the sea journey. This was more than in all of the previous year.

People of many different nationalities are making the journey. Data from UNHCR recording arrivals up to May 31 2017 showed 60% of those arriving by boat were from the west African countries of Ivory Coast, Gambia or Guinea. Another 13% were made up of people from Morocco, and the remainder included a range of other nationalities from north, west and central Africa, as well as the Middle East.

However, when we look back further we see that current levels are not entirely unprecedented. Between 2000 and 2008 more than 10,000 irregular migrants per year were recorded arriving on Spanish shores. The highest number for a single year came in 2006, when more than 39,000 people recorded arrived – although the majority of these landed on the Canary Islands and not on mainland Spain. The highest number crossing the Strait of Gibraltar and landing on the mainland came in 2001, when more than 14,000 landings were recorded.

Projections for the remainder of 2017 have claimed that irregular migration by boat to the Spanish mainland will be higher than any of the figures we have seen previously. This may well be the case and the Spanish government should be preparing itself.

But even so, that doesn’t necessarily make it a crisis. These figures are still far behind those seen in Italy, where more than 180,000 people arrived in 2016 and 98,000 so far in 2017. It is also far behind the estimated half a million people who cross the southern border of Mexico per year or the 1.3m refugees who entered Uganda over the last year, most fleeing conflict in South Sudan.

Where are they coming from?

In much of the reporting on the situation so far, boat migration to Spain has been interpreted as part of a generalised migration crisis across the Mediterranean. At the heart of these reports is the assumption that migration routes are rapidly shifting from the central Mediterranean route, which covers the stretch of sea between North Africa and Italy, to the western one between Morocco and Spain.

It is now widely accepted that migration controls rarely stop migration but tend to shift people towards different routes and ways of travelling. And this might be happening in the Mediterranean. On the central route, since July 2017 there has been a sudden fall in the number of people making the journey. This is likely due to a range of factors. Agreements with governments and tribal groups along migration routes into and within Libya, the expansion of operations by the Libyan Coastguard taking migrant boats back to Libya and the ceasing of search and rescue missions at sea by a number of international non-governmental organisations may all be having an impact.

But other developments offer some insight into the increases in migration to Spain too. In June, reports from the Spanish press already mentioned people seeking to leave Morocco to escape civil unrest in the Rif region, where there have been mass arrests according to Amnesty International. More recently, it has been suggested that Moroccan police resources have been focused on the Rif region rather than on carrying out patrols against migration, which could also have made it easier to cross without being detected.

As a result, the increase in crossings to Spain cannot be explained only by the decline in crossings to Italy. And so far, reports have not presented much direct evidence from people who have actually decided to go to Spain instead of Italy. More information and time will be needed to have a clearer view of the extent to which current patterns are driven by local factors in Morocco or broader changes further afield.

While the term “crisis” has been employed frequently in international outlets, it has appeared less in the Spanish media. The Spanish government has also refrained from making contentious, headline-grabbing comments or statements.

Despite this, the UN’s refugee agency, UNHCR, has declared that Spain will be unable to cope with the current surge in arrivals, before also confusingly saying that “we are a long way from an emergency or crisis”. The International Organisation for Migration has also warned of a “big emergency”, akin to that seen in Greece in 2015. These declarations fuel fears that the situation at Europe’s borders is uncontrollable and reinforce the myth that a tidal wave of desperate Africans is seeking a way to Europe.

For now it is too early to speak of “a crisis” in the Western Mediterranean. Of course, the current rise in boat migration requires a response which can register people who arrive, address any humanitarian and accommodation needs and provide access to international protection for those who qualify for it. But stoking the fears of a looming crisis risks blocking support for and establishment of these very measures.

Simon McMahon currently receives funding from the Mexican Academy of Sciences and the Newton Fund for research on Mexico's southern border.