In the post-truth era, documentary theatre searches for common ground 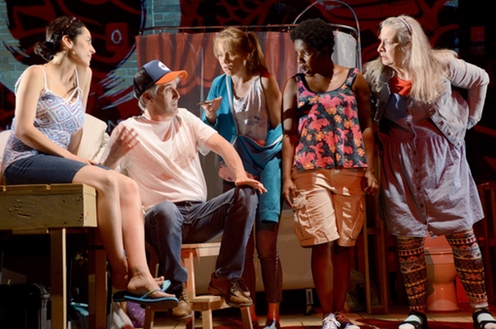 Based in Québec, Porto Parole led by Annabel Soutar has toured and run several documentary theatre shows. Pictured here, 'The Watershed,' a docudrama about the politics of water in Canada. Porte Parole 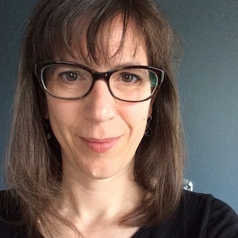 With the onslaught of “alternative facts” or “fake news,” it can feel as though the ground has become almost liquid.

One strategy to confront the ongoing public lies has been to embrace journalistic principles and aggressively fact check statements. Reality-based theatre is also inspired by this same desire, tapping into the contemporary zeitgeist for authenticity.

In Canada and the U.S., we have been experiencing a flourishing production of reality-based theatre (also called “documentary drama”). Sometimes, it takes the form of an autobiographical performance where the performer and the character are the same people. Other times, it is a verbatim theatre where playwrights cull the script from interview testimony and archival documents. Plays created by the Montréal-based company Porte Parole, led by playwright Annabel Soutar, are a great example of verbatim theatre.

Yet, this quest for authenticity is an impossible dream.

Poststructural theorists from the 1980s and 90s like Jacques Derrida and Judith Butler rejected binary ways of thinking and instead asserted that our “realities” are made up of performative constructions. In other words, there is no absolute real; there are only representations of, or performances of, reality.

But poststructuralism has not just been about negating the idea of a singular reality. With its world-creating power, poststructuralism has been a potent feminist political tool used by feminist theorists, activists and artists to shatter monolithic conservative ideology. It was a way for many to strike against patriarchy, against conventionality, against strict norms, and was used to create space for otherness, for feminism, for LGBTQ identities. 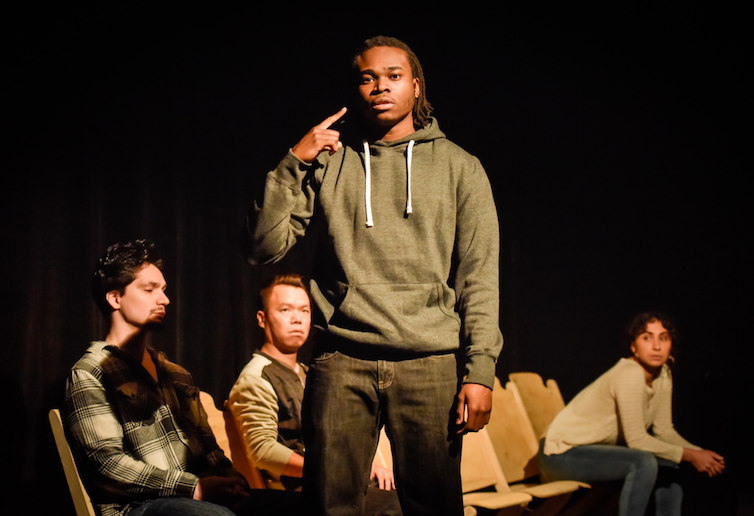 ‘Fredy’ is Annabel Soutar’s documentary play about the tragic death of Fredy Villanueva who was shot by a Montreal police officer in Montréal in 2008. It premiered March 2016 at La Licorne in Montréal, directed by Marc Beaupré. Porte Parole

However, since the performative power to generate alternate worlds is ideologically neutral, it has also been used in the interest of climate change deniers and the extreme right.

The poststructuralist genie is out of the bottle and we cannot put it back in: simply demanding aggressive fact checking and asserting a return to “capital-T” truth will not work. Given that realities are multiple and shifting, reality-based performances can help us to navigate the political landscape of “fake news.”

The nostalgic-driven desire for security manifested in the 2016 Trump campaign, “Make America Great Again” and the Brexit slogan “Take Back Control” is directly linked to poststructuralist liquid uncertainty. These movements are stimulated by a flood of insecurity in the face of globalization, mass migration, social fluidity, the transience of traditions and conventional value systems.

As a researcher of Canadian theatre, I have observed that contemporary documentary plays that deal in reality and facts consistently conclude that nothing can be known.

On the surface, theatres of the real offer authenticity and certainty in their attachment to reality. But watching one of these plays does not produce a secure experience of truth. The closest we can get to an objective reality is the feeling of real, replacing fact with feeling. 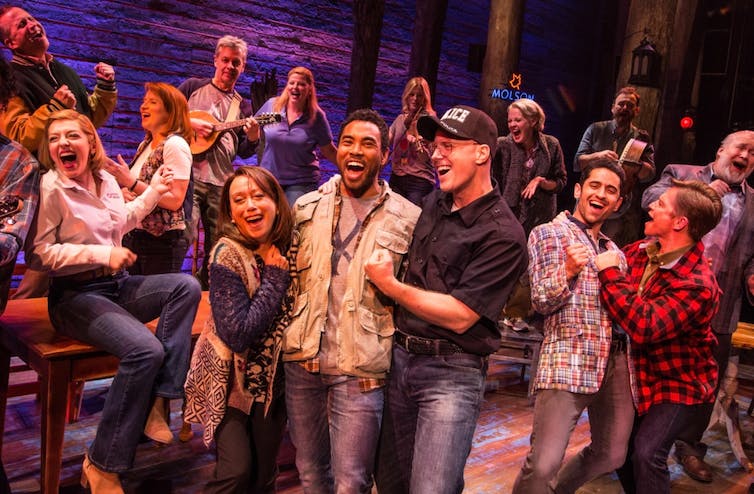 ‘Come from Away’ is an example of theatre based on reality.

Researchers Meg Mumford (Australia) and Ulrike Garde (Germany) coin the term “productive insecurity” in their work on verbatim theatre. They say that when artists intentionally display multiple points of view, it generates a sense of insecurity for the audience about what is true. This insecurity can be productive for the audience.

These feelings of insecurity are not just something to be endured but they should be embraced and fostered. The plays challenge established ways of knowing, urging us to be humbly aware of our limitations in the face of complex problems.

Theatres of the real do this. They provide emotionally and intellectually engaging environments and scenarios in which we can safely experience that insecurity. Theatres of the real give us a chance to develop the capacity for recognizing and managing our vulnerability.

Attention needs to be focused not on whether something is objectively valid as true, but on how that reality has come to be seen as true. What makes a truth true? Rather than pressing for an impossible singularity, documentary theatres of the real embrace multiplicity.

Rather than claiming direct access to the world as it is, these plays ask audiences to be thoughtful about how these staged realities came to be. What is selected? What is omitted? How is the narrative of a documentary world constructed? Often these plays deliberately expose these mechanisms of truth-making and knowing.

We can only ever partially know the world: we are surrounded by hybrids and multiplicities, creating more rather than fewer worlds. Breaking away from the rigidity of binary views: real/not-real; red!/blue!; we are better off with more perspectives, not fewer.

In moving the positive embrace of multiple realities from theory into practice, reality-based documentary theatre makes visible the processes of reality creation.

In Lily Tomlin’s one-woman play The Search for Signs of Intelligent Life in the Universe, the character of Trudy the bag lady says, “After all, what is reality anyway? Nothin’ but a collective hunch.” Focus here on the word “collective.” To have reality, we need to have community. 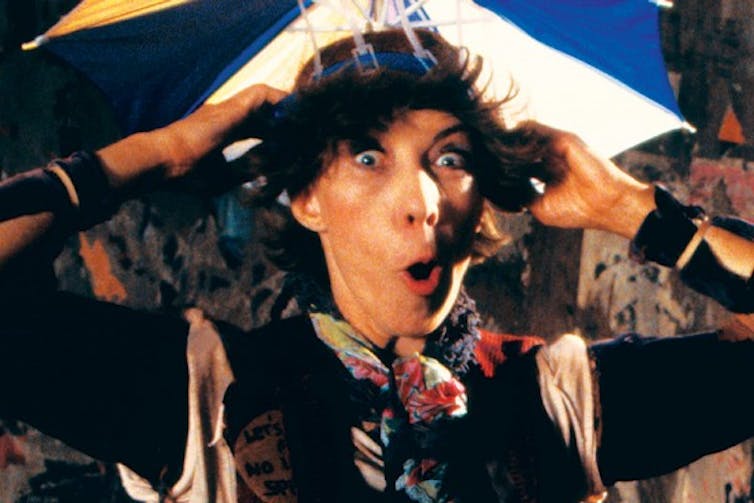 Lily Tomlin in The Search for Signs of Intelligent Life in the Universe. LilyTomlin.com

Linguist J.L. Austin, author of How To Do Things With Words, asserts a performance is only “felicitous” if there is “uptake;” that is, ideas presented in performances can only be valid if other people agree that they are valid. The need for uptake can slow down the creation of new dramatic worlds, restricting innovation. So change can be slow.

But we need to listen to each other as we work together to create a larger territory of shared perspectives. We need to rebuild social connections, so that more people can agree together on what constitutes reality. We don’t need to agree about content, only about process.

To doubt is to question appearances; to doubt is to contemplate and weigh. Doubt impels us to engage insecurity and question how representations are made.

When conspiracy theories flourish and lies are indifferently accepted, the thread between our lived experiences and our cartography of that world breaks. Returning to the first principles of how “reality” comes to be is a necessary first step.

Does what I see represent my local experience? Does my experience of reality align with other people’s? Are these the realities that we want? Instead of being fearful, insecurity makes me hopeful.