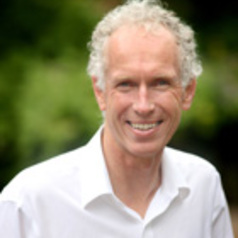 The climate crisis is no longer something happening elsewhere, to someone else, in the future – it is happening here, to us, now.

The plan, which sets the direction for climate action for the next 15 years, requires the transport sector to reduce emissions by more than 40% by 2035 compared with 2019.

Meanwhile, in the same month, Ford launched the “New Zealand Drives A Ranger” campaign for its mainly diesel-powered, high-emission double cab ute. The Ranger remains the country’s top-selling new vehicle, and average CO2 emissions of the new line are higher than before through the inclusion of a V6 model.

We have a problem. On the one hand, climate action requires rapid, deep reductions in greenhouse pollution. At the same time, businesses lean in the other direction if they sense rapid decarbonisation threatens their commercial success.

This conflict between urgency and business as usual will be difficult to resolve.

As temperatures rise, living conditions for many people may become intolerable. Sharp emissions reductions must be made this decade to give the world a reasonable chance of staying within 1.5 to 2 degrees of warming.

But fossil fuels are embedded in most aspects of everyday life. This includes construction, food production, transport and the IT sector (Google emits about 10 million tons of CO2 equivalent a year).

Failure to act on the tensions between public policy and commercial interests may well obstruct effective climate action.

Some business groups are powerful advocates for sustainability, and some are effective leaders in the community on climate change. But there are plenty of examples of industries deliberately undermining policies aimed at reducing pollution.

The coordinated efforts of oil companies over many decades to interfere with climate science are well documented. Greenwashing, a milder version of the same delaying tactics, is widespread.

There are subtler ways of stalling progress on the climate, too: working to establish a dominant narrative – “New Zealanders love cars”, for instance – or media sponsorship that creates a dependence on corporate income.

Even companies leading on emissions reduction have been accused of exaggerating their actions rather than having to “pivot without precedent” on climate change.

Asked why national greenhouse emissions have not fallen in 30 years, despite vastly increased knowledge about the causes and consequences of climate change, veteran environmentalist Guy Salmon said in 2021:

We have built into our culture an unwillingness to take responsibility for these things and have a very strong deference to vested interests.

This deference includes a kind of media “camouflage”. A 2017 survey found business groups such as Federated Farmers, the Chamber of Commerce and the Food and Grocery Council were seldom, if ever, identified as lobbyists in news stories.

More common were neutral descriptions such as “farmer body”, “voice of business” and “stakeholder”. If lobby groups are given publicity but not identified for what they are, it is difficult for the public to understand what’s at stake and why opinions on controversial issues differ.

A continuum of risk

How to respond? The work of Peter Adams, a professor of social and community health at the University of Auckland, can be helpful here. He has studied how to manage conflicts of interest that arise when accepting funds from industries that trade, in his words, in “dangerous consumption”.

Adams argues that the first step is a simple one: to acknowledge the potential for conflicts of interest. When there are differences between business interests and the public good we should say so, whether this occurs in universities, the media, community organisations, advertising or elsewhere.

Second, Adams argues against binary thinking that separates the world into “safe” and “unsafe” options. While it may be tempting to simplify like this, the black and white approach is not helpful because it is seldom true.

Mostly there is a continuum of risk, and decisions about what is acceptable or not depend on a host of factors such as context, timing and trade-offs.

Adams offers a framework to help wrestle with these difficult choices. It includes three considerations I think are particularly relevant to climate change: the degree to which interests diverge, the severity of environmental harm that results, and the risk of commercial or political interests compromising organisations’ decision making.

There are no clear cut answers, meaning solutions will be necessarily political and contestable. What’s important is to recognise conflicting interests exist and that they may have harmful consequences, especially in a time of climate urgency.

To reduce the risk from a worsening climate, we must be frank about the interests and imperatives of business, and be ready to apply regulation and legislation to protect the public good.