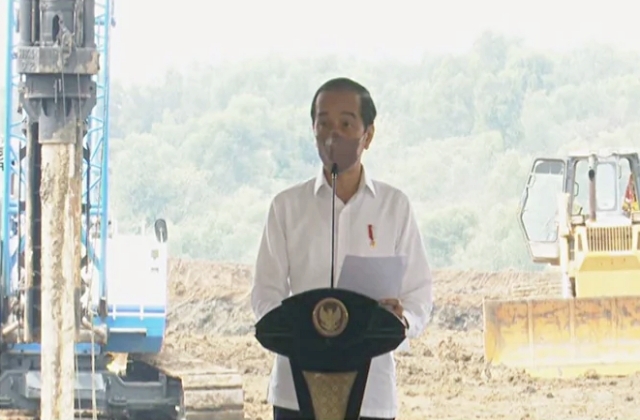 Hyundai Motor Group and LG Energy Solution officially break ground to commence the construction of their electric vehicle battery plant in Indonesia. The companies announced they conducted a groundbreaking ceremony on Wednesday, Sept. 15.

According to Yonhap News Agency, Hyundai Motor and LG Energy are joining forces for the production of EV batteries and they are spending $1.1 billion for the building of their lithium-ion battery cell plant in Indonesia’s industrial complex located in the Karawang region. The site is said to be near the South Korean automaker’s production plant.

It was reported that the event was held at the construction site and some senior government officials of Indonesia were present to witness the ceremony. On the other hand, LG Energy’s chief executive officer, Kim Jong Hyun, and Hyundai Motor’s chairman Chung Eui Sun could only make a virtual appearance since they cannot travel due to the COVID-19 pandemic.

Hyundai Motor and LG Energy are targeting mass production of EV batteries in the first half of 2024. The new plant is said to have an annual capacity of producing 10 gigawatt-hour worth of nickel, cobalt, manganese, and aluminum (NCMA) lithium-ion battery cells.

The said capacity is enough to cover more or less 150,000 units of electric vehicles. Moreover, the business partnership’s goal is to provide a steady supply of EV batteries to Kia and Hyundai Motor.

“Hyundai Motor Group is focusing its capabilities on becoming a global leader in the EV market, which is the key to securing future competitiveness and the plant is a part of these efforts,” Chung Eui Sun said in a press release. “Starting with this plant, an EV ecosystem will be successfully established in Indonesia with the development of various related industries. Furthermore, we expect Indonesia to play a key role in the ASEAN EV market.”

Meanwhile, Indonesia is currently the largest nickel producer in the world so it is ideal for Hyundai Motor and LG Energy’s battery plant. Pulse News mentioned that the Indonesian government signed a memorandum of understanding (MOU) with the Korean firms in July for a 50-50 joint venture for the production of EV battery cells in the region. The deal is also beneficial for the country as it has a goal of becoming a major player in the global EV supply chain.