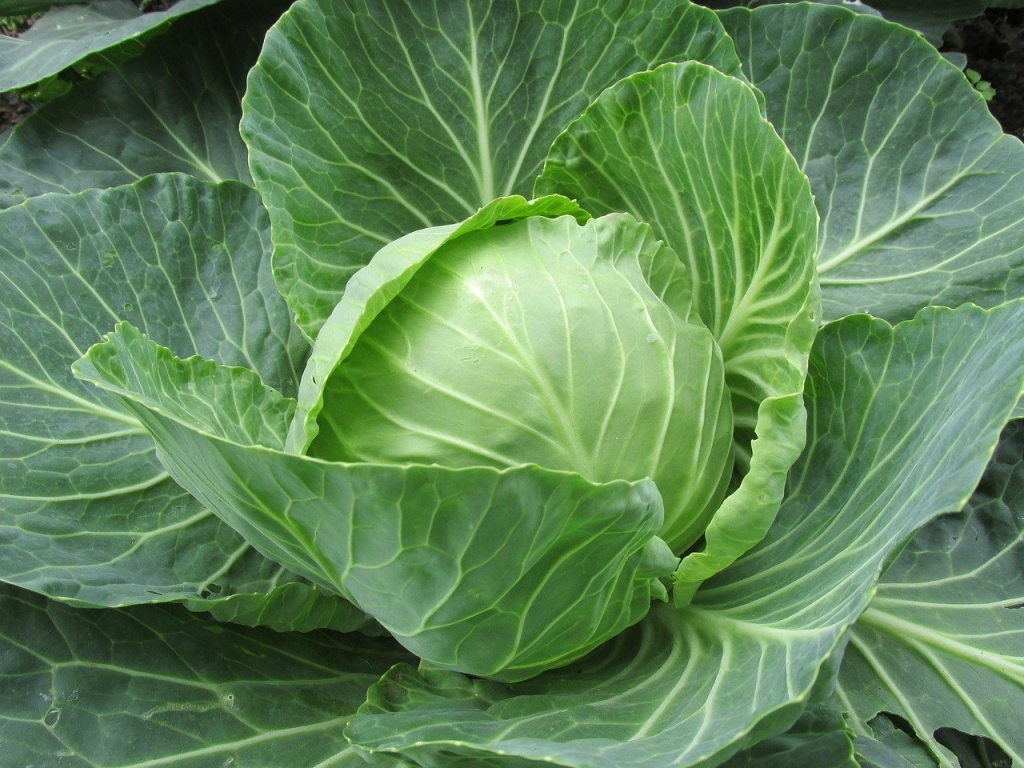 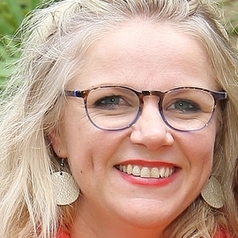 It was produced for the first time in 1940. Since then the production of nonylphenol and related products has increased exponentially and is estimated to be worth US$607.5 million by 2021. China and India are the biggest manufacturers of nonylphenol.

It was widely used until the mid-2000s. This is when evidence of its impact on the environment started to surface. The impact included reduced reproductive development and decreased body weight in aquatic species.

Various field studies have since revealed its harmful effect on a range of organisms due to its ability to interfere with the normal functioning of the endocrine system.

The result was a scaling down in production and its use. This is evident by the phasing out of nonylphenol products in Canada since 2004 and restrictions on its use in the production of textiles, cleaning products and cosmetics within the European Union since 2005.

Little research has been done on the effect of nonylphenol on plants. We thus set out to close this knowledge gap. In our research, we exposed developing lettuce plants to varying concentrations of nonylphenol. We were interested in establishing what influence, if any, it has on the plant’s growth and development.

One of the most common effects that we observed was a reduction in overall plant size and cell permeability. This suggests that the adverse effects of nonylphenol on leafy greens should be considered as an important aspect in sustainable food production. Apart from the negative impact this substance can have on yield, it could also compromise the food safety status of edible crops. 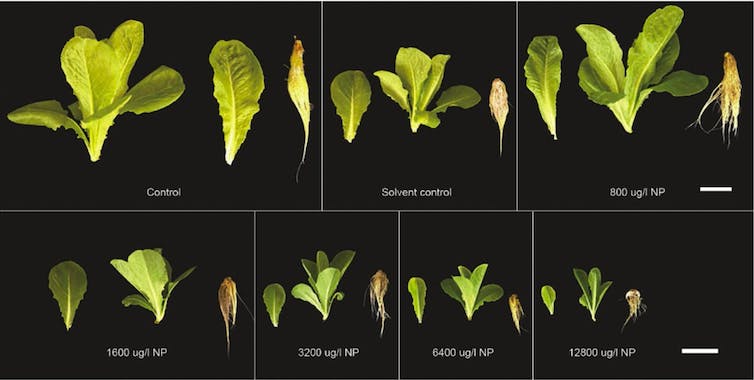 The effect of nonylphenol (NP) on mature lettuce at different concentrations. Provided by author.

Fruit and vegetables are constantly exposed to nonylphenol via contact with pesticides (including certain bio-control products), plastic packaging materials and through cleaning agents in food processing facilities.

In this context it is important to consider the downstream impact of nonylphenol in surface water, since its main point of entry is through polluted irrigation water. Levels of nonylphenol are often high because of inadequate sanitation and waste-removal practices, factory and sewage spills, storm water wash-off and the activities of human settlements.

Earlier research elsewhere in the world showed that leafy vegetables contained amounts of nonylphenol that far exceeded levels that were considered safe for humans. These findings led to concerns that nonylphenol contamination could pose an added potential risk to the health of consumers.

In our research one of the most common effects that we observed in lettuce was a reduction in plant size. While seed germination was hampered, those that managed to grow at elevated nonylphenol levels were smaller than usual. The inner workings of the cells revealed dysfunctional chloroplasts (the organelle responsible for photosynthesis) and broken membranes. This allowed the cell contents to “bleed”.

Nonylphenol overburdened the plant’s natural defence system – a side effect brought about by its ability to mimic natural phyto (plant) hormones, hence the nickname “phytoendocrine disruptor”. This, again, could impair the plant’s further development and defence mechanisms.

There are ways that this problem can be addressed more effectively:

Finally, urgent intervention into current water management practices should be prioritised to ensure that sewage treatment plant infrastructure is maintained and operators are properly trained. These measures have already, to an extent, been implemented in the regulatory environments of Europe, Japan, Canada and North America.

Rapid industrialisation and infrastructure development in emerging economies have propelled the growth of the nonylphenol market, making these regulatory interventions all the more imperative.