How do we explain the return of the Bloc Québécois? 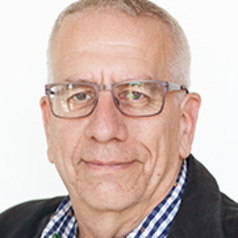 We thought the Bloc Québécois was essentially gone from the electoral map and would vanish completely into political history after probably being wiped out in the 2019 federal election. But after an election campaign that saw Prime Minister Justin Trudeau’s Liberals and the New Democratic Party suffer an erosion in support, the Bloc is back, electing 32 members of Parliament on Oct. 21, an increase of 22 from 2015.

So what happened? How can we understand this resurrection of a party that a few years earlier was described as being at death’s door?

Once again, the answer can be found in the need of Québécers for recognition and national affirmation.

Most Québécers wanted to turn the page on whether Québec should separate from Canada. This feeling came after decades of debates and battles over the issue, which was first raised in the early 1960s and culminated in two referendums on Québec sovereignty, in 1980 and 1995.

The old cultural fatigue of French Canada had been replaced by a very Québécois gloom. We wanted to forget the issues related to national recognition and affirmation. However, they have resurfaced and invited themselves in through the back door, as if they were a return of the repressed, in the form of an identity crisis triggered by the issue of reasonable accommodation.

That crisis stemmed from a critical mass of citizens believing people with immigrant backgrounds were refusing to integrate. This belief was based on a misperception, but at the same time the uproar it caused revealed a real need for national recognition and affirmation.

The “genius” of the Coalition Avenir Québec (CAQ) is to have succeeded in introducing and passing into law secularism legislation, known as Bill 21, to meet these needs without having to raise the spectre of the Québec sovereignty debate.

This is the backdrop from which the Bloc Québécois was able to rise from the ashes.

I am a recently retired philosophy professor l'Université de Montréal. I have published books on the nation, the theory of collective rights, the theory of recognition and the Québec national question. More recently, I co-authored a book on secularism that won the French-language book award from the Canadian Philosophical Association.

For some, debates on reasonable accommodation between 2004-08 during former premier Jean Charest’s administration — on the Parti Québécois’s Bill 60 (commonly known as the Charter of Values) in 2013-14 and the CAQ’s Bill 21 in 2018-19 — concern only the place of religion in Québec society.

This superficial analysis does not, of course, hold water, since it omits (or conceals) the needs for recognition and national affirmation that are very present among the population.

Bill 21 is part of a broader approach demonstrating the need to establish the rules of living together in Québec, and this need was also present in the first two debates on the aforementioned bills.

The Bloc Québécois’ successes demonstrate even more clearly that such an approach exists although it has adopted an electoral platform that is largely detachable from issues only related to secularism. We can therefore see the dimension of national affirmation that goes far beyond a debate on the place of religion in society.

Without reactivating the constitutional issue, the Bloc Québécois’ resurgence announced the reappearance of issues related to the recognition and affirmation of the Québec people within the Canadian federation. Should we be happy or sorry about this?

Unfortunately, although I think it is essential to take these issues very seriously, I am sorry to see the Bloc Québécois do as the Parti Québécois has done and support the CAQ government. I am sorry to see it take up the so-called advances of Bill 21. I am also sorry that I did not see it expel from its ranks the four aspiring MPs who made Islamophobic comments on social networks. This deeply affects the legitimacy of the Bloc’s approach.

There is nothing to be pleased about when bans are imposed on minorities. We threw out 18,000 immigration files, we rejected full reimbursement of permits for thousands of taxi drivers, many from immigrant backgrounds, we prohibit people from the wearing of religious symbols from working in certain positions in the public service. We have even considered banning the “bonjour/hi” greeting used by some employees working in private businesses with a partly English-speaking clientele on the island of Montréal.

It’s the nationalism of resentment. It asserts itself through prohibitions, restrictions and limitations that affect minority rights instead of positively asserting itself through constitutional rules that set out the rights and prerogatives of the Québec people.

Canada’s difficulties in recognizing and satisfying its deep diversity are a reflection of the difficulties Québec also faces.

Canada is struggling to live with its past and present with Indigenous Peoples, the people of Québec and the Acadians. Québec also has difficulty in dealing with the 11 Indigenous Nations on its territory, as well as with the English-speaking minority and historical or immigrant minorities.

Is the way Canada is nationally constructed compatible with a respectful relationship with its deep diversity?

The same question applies to Québec. Unfortunately, the Bloc Québécois and the Parti Québécois followed suit and supported the CAQ in its efforts to win over the majority on an issue that concerns minorities.

From the perspective of these three parties, the Québec people are composed of a majority of Francophones — the “we” — to whom citizens of diverse origins can be added by integration and eventually assimilation. This is the idea of cultural convergence initially promoted by Fernand Dumont. It’s an approach that distances itself from the ethnic nation of French-Canadian origin, but does not incorporate any policy for the recognition of cultural diversity, whether it is Québec interculturalism or Canadian multiculturalism.

This approach is in contrast to a national affirmation that is inclusive of all Québécers, who at the same time want to respect diversity through principles and policies. Cultural convergence is in fact an identity withdrawal into the majority “we.”

My biggest disappointment, however, is this. Criticisms of this identity withdrawal are too often accompanied by a condemnation of any nationalism whatsoever. We rightly condemn the excesses of a certain Québec nationalism, but we turn our attention away from the excesses of Canadian nationalism, except when it manifests itself against Indigenous Peoples.

We defend minority identities within Québec, but we ignore the legitimate identity concerns of the Québec people within the Canadian federation. This attitude, which is presented as uncompromising, is nevertheless the best way to provoke other abuses.

I thought that the opponents of Bill 21 wanted to put an end to the violations of minority rights, especially those of Arab-Muslim minorities these days. I believe that they will not succeed as long as they remain indifferent to the needs of the Québec people for national affirmation and recognition.