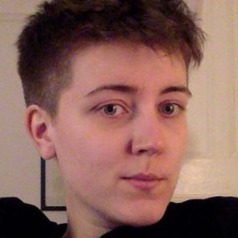 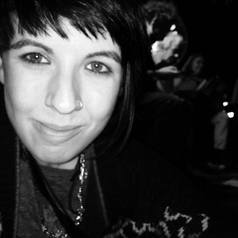 Rude, crude and extremely funny, “Scottish Twitter” has garnered much attention in recent years for its uniquely Celtic wit – and for the specific ways it uses language.

Journalist Eve Livingston’s recent article for The Face examines the many social and cultural features of Scottish Twitter. But the fact it has provided a medium for written Scots language to evolve in a way that wasn’t possible before the advent of social media is equally fascinating.

Scots is officially recognised as one of the minority languages of Scotland. It has existed and thrived for centuries in writing as well as speech. From poets Robert Burns, Hugh MacDiarmid and Sheena Blackhall to novelist Irvine Welsh, the language has a rich literary tradition, and even has its own dictionary. More recently, it has moved into the digital world, finding itself unexpectedly and enthusiastically embraced on social media.

The internet has changed the way people write. While we still use formal writing for many purposes, most of us now have a second, informal way of writing which linguists call computer-mediated communication (CMC).

Some CMC users creatively manipulate the formal written system to make it more representative of who they are and how they talk. As a result, regional CMCs have sprung up across the globe. Scots CMC is just one of these.

Texts and Facebook messages are (or at least can be) private, informal forms of communication, and so we might expect more Scots to be used here. What Twitter gives us is a medium that sits somewhere between the private and the public.

Research shows that people are more likely to write in a minority language such as Scots in posts directed at a specific user (semi-private) than they do in posts that are #hashtagged for a wider audience (public).

In Gretchen McCulloch’s recent book Because Internet, she writes that, on Twitter, “regardless of who technically has access to their information, people tend to have a mental model of who they expect to read their posts”. That is to say, a user’s intended audience may be just their own followers, often their friends – as we see from this tweet which went viral.

However, the public aspect of Twitter makes it possible for a user’s content to be seen by anyone around the world. A tweet which is liked and retweeted enough can move from the semi-private sphere to the public sphere – bringing Scots to an entirely new audience.

And Scots on Twitter is a fascinating source of evidence about how aware people are of the subtle ways their speech differs from other people’s, and the creative ways they find to represent this.

Depending on exactly where someone comes from, their (spoken) Scots will include different sounds, words and sentence structures. We see this represented in Scots CMC. In Scots dictionaries, the word equivalent to English “can’t” is generally spelled in one of two ways, reflecting a traditional pronunciation difference: “canna” in the north, and “cannae” in the south. Indeed, a search for “canna” on Twitter finds tweets from the north east.

However, the spelling “cannae” appears to be quite rare in the southern Scots CMC. Instead, spellings like “canny” appear to be more common.

In Sadie Ryan’s research on the CMC of Glaswegian pre-teens, other spellings used included “cany”, “canni”, “cani” and “kani”. So we see traditional Scots words represented in Scots CMC in new ways. We also see new words popping up.

This tweet uses the word “deh”, a shortened version of “dinnae”, equivalent to English “don’t”. This is a relatively new Scots word, more common in the speech of young people and not (yet) recorded in Scots dictionaries. With words like “deh”, we see developments in spoken Scots playing out in Scots CMC, providing us with a new lens for understanding linguistic change.

Looking at Scots CMC, we see people thinking about how their language sounds and experimenting with how it’s represented visually, and we can do so with remarkable clarity. Viewing Scottish Twitter through a linguist’s eyes, you can get caught up in these amazing details. So caught up that if we’re not careful, we might almost miss the point: that tweets like these are also very, very funny.