Here is what policymakers can do for Europe's news media 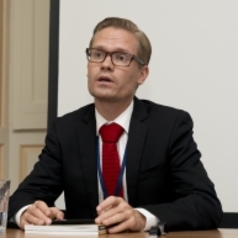 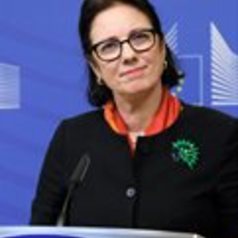 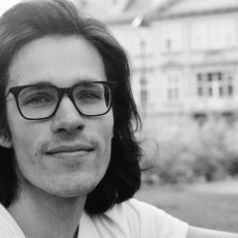 Europe is home to some of the most impressive and innovative news media in the world, from digital media such as Dennik N in Slovakia and MediaPart in France to legacy media such as the BBC in the UK and Dagens Nyheter in Sweden.

But the continent is also plagued with increasingly serious threats to media freedom and tremendous pressure on the business of news, problems that are compounded by a policy and regulatory environment still stuck in the offline past.

To develop media policies fit for our online future, policymakers in Brussels and in member states urgently need to act to ensure the freedom, funding, and future of independent professional journalism in Europe.

Every day that passes, the legacy business models that fund most professional journalism decay further, as the European newspaper industry that provides the majority of investment in news currently see revenues decline about €2.5 million per day as print readers die off and publishers find digital media a less lucrative business.

So what can policymakers do to help create a more enabling environment for independent professional journalism going forward? That’s the question we have addressed in a new report published by the Reuters Institute for the Study of Journalism in which we reviewed a wide range of policy options.

We have not identified a silver bullet and we do not believe there is any. Those looking for an easy solution will not find it. But that does not mean that there are no options. Here are the most important ones in order of priority.

Without freedom, no amount of funding or investment in the future will ensure independent professional journalism. Given the threats to free expression and media freedom in some European Union member states – ranging from the murder of Daphne Caruana Galizia in Malta and Jan Kuciak in Slovakia to worrying trends towards media capture, where news media lose their independence and become beholden to governments and oligarchs – it is clear these issues have to be addressed first in these countries before any other measures can find long-term success.

A good first step would be to close the gap between what elected officials say they are going to do and what governments actually implement. This would simply be about insisting governments honour their commitments to Article 2 of the Treaty on European Union and to the International Covenant on Civil and Political Rights.

A second step could be to ensure they face consequences if they do not by linking access to EU funds to performance in an annual rule of law review that includes a focus on free expression and media freedom. If threats as primal as the murder of journalists and problems as basic as the erosion of fundamental rights and media freedom are not addressed, there is little hope for European democracy in the long term.

Without funding, independent professional journalism will simply wither away. Given the rapid decline of legacy media businesses such as print newspapers, this funding will have to come from a combination of a new, digital business of news and various forms of public support – including for independent public service media and non-profit media.

Although private sector news media have delivered the majority of investment in journalism in the past and, in most cases, will continue to do so in the future, the risk of market failure, especially among some local and niche audiences, is significant. This threatens local news provision and the diversity of news available.

Second, there needs to be a broad recognition of the role that genuinely independent, adequately funded public service media operating across all platforms can have – provided they have a clear role and remit, and avoid crowding out private competitors. Finally, rapid reform is needed to facilitate the creation and funding of non-profit news media.

Without a future for independent professional journalism, we risk leaving European democracy worse than we inherited it. Forging that future is primarily a task for the industry itself, a task premised on developing forms of journalism and media formats and products that people find genuinely compelling and valuable.

We have already begun to see some impressive efforts, even as the pressures both reporters and news media businesses face intensify. European journalists have developed many innovative formats for digital journalism in recent years and, according to data from the World Association of Newspapers and News Publishers, digital revenues in the European newspaper industry have grown on average by 10% a year between 2015 and 2019, even as print declined.

But policymakers can play a role as well. The new commission should pursue three goals. It needs to ensure that all players in the digital marketplace compete on a level playing field. It has to ensure a more accountable, intelligible and transparent media environment by ensuring more effective multi-stakeholder oversight, investing in media literacy, and ensuring independent researchers have access to data. And it needs to provide public funding for innovation in journalism and news media to help with the transition.

These options will not be easy or cheap. But securing the future of news media is a question that concerns all of Europe and doing so will have to be an integral part of the “new push for European democracy” outlined by the incoming president of the EU commission, Ursula von der Leyen.

US-based technology companies, including both Google and Facebook, have promised hundreds of millions of euros to support innovation in journalism. Surely the European Union can at least match this.

Holding governments to account if they ignore the commitments they have made to protecting fundamental rights is hard, but necessary. Rolling out support systems for journalism and news media will cost money. But given the European Union’s budget of more than €160 billion – and member states combined public expenditure of more than €7 trillion – investing in independent journalism and free media is essentially a question of political priorities. And such investments could deliver a huge return: a more informed public, greater resilience to misinformation and more accountability for both public and private power.

So it is possible. And something needs to be done. If Europe acts while the United States remains paralysed by partisanship and the Chinese government pursues a very different vision for the future, this is its chance to show what democratic media policy based on upholding our principles and investing in the public good can look like. The sincerity of policymakers’ commitment to that will be measured by their actions, not their words.