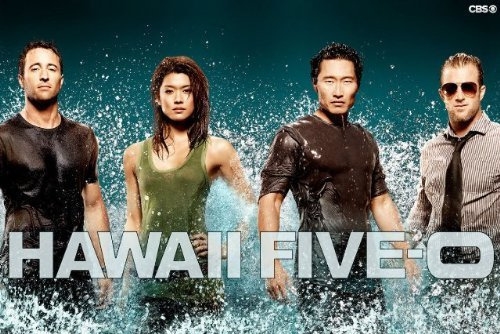 ‘Hawaii Five-O’ season 7’s episode 19, titled “Puka ‘ana” (Exodus), is set to feature McGarett and Kono as they go on an investigation that leads them to a sex trafficking ring. Meanwhile, Chin and Grover attempt to solve a case of a murder in a sober home.

The synopsis for “Puka ‘ana” (Exodus) posted on TV Guide states, “McGarrett (Alex O’Loughlin) and Kono (Grace Park) suspect that an abused girl may be the victim of a sex trafficking ring on the island. Meanwhile, Chin (Daniel Dae Kim) and Grover (Chi McBride) investigate a murder at a sober-living facility.”

The upcoming episode will feature McGarrett and Kono as they investigate a possible sex trafficking ring when they suspect that an abused young girl may be a victim of the syndicate after she is taken into custody. In the promotional photographs for “Puka ‘ana,” the duo will infiltrate what looks to be a private island property. In another image, Kono is seen fighting off a man.

Meanwhile, Chin and Grover will do some investigating of their own after being called in after a murder at a sober-living facility, a home for people recovering from substance abuse. It seems that residents and staff of the sober home will be a potential suspect.

In the previous episode, the team had to track down missing uranium used to build a bomb in the heart of the jungle. Five-O had to maneuver the unstable bomb through the jungle terrain as the threat of detonation loomed, according to TV Line. The episode, titled "E Malama Pono" (Handle with Care), also featured the quirky partnership between McGarrett and Danny (Scott Caan) as they bickered throughout the mission.

‘Hawaii Five-O’ season 7’s episode 19, titled “Puka ‘ana” (Exodus), is scheduled to air on March 10, 2017 on CBS. It was directed by Bronwen Hughes and written by Eric Guggenheim.