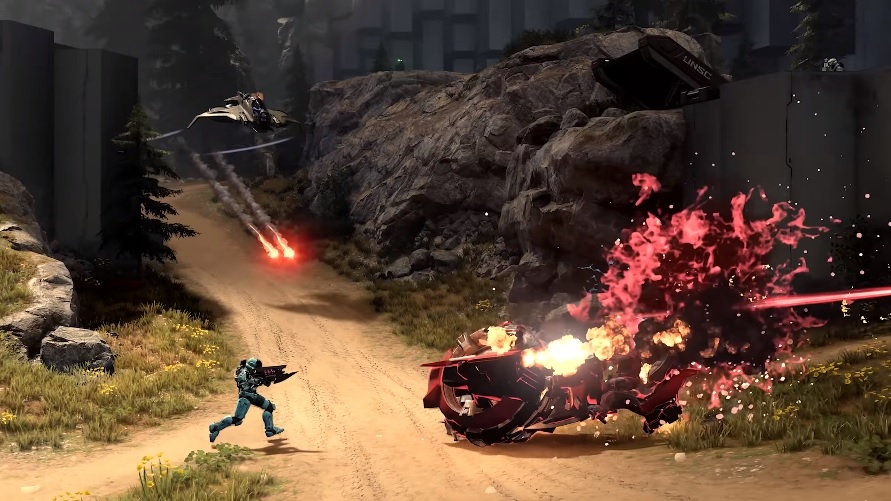 Video game fans who have been waiting for the arrival of “Halo Infinite” will finally start seeing streams of its gameplay as its first flight Thursday. One of the downsides, though, as with almost every beta test, is that not everyone who signed up to be a Halo Insider will be able to participate.

“Halo” community director Brian Jarrard confirmed in a series of tweets on Tuesday that invitations for select Halo Insiders have been sent out. Along with the confirmation that not everyone with a complete Insider profile will be invited, he explained how 343 Industries chose the participants.

Ok, so #HaloInfinite tech preview invite confirmation emails started going out around 5PM PT today. A LOT of Insiders are being invited, but alas, we've had so much growth with the program that not everyone will get into this one. How did we select participants? (1/8)

As Jarrard previously said, a completed Halo Insider profile is one of the requirements. That includes a verified email address and opting in on several flighting and testing activities. The community director also said they wanted to ensure there is a balance in the number of invited players across PC, Xbox One, and Xbox Series X/S, where “Halo Infinite” is going to launch.

Game developers often say that seniority among registered testers is not the primary factor considered, but it is usually included. This also appears to be the case for “Halo Infinite” beta. “Then we go by tenure, prioritizing longer standing Insiders and going down the list until we've hit our total audience size,” Jarrard explained. He also reminds Insiders that, aside from receiving email invites, they should also get a message through the Waypoint system.

Jarrard recognizes that it could be disappointing for Insiders to not receive an invitation for the testing that begins July 29 to Aug. 1. However, he confirmed, “We are planning for future flights that are larger in scope with even more Insiders being invited.” That also means fans can still opt-in for the next batch of tests through the Halo Insider website.

‘Halo Infinite’ release date could be in November

Fans on Reddit seem to have found a telling clue that “Halo Infinite” could be slated to launch in November. Xbox has recently launched a marketing campaign with the doughnut company Krispy Kreme that features the upcoming game.

A Reddit user pointed out a curious tweet from Xbox Mexico that reads, “Why wait for November if we can start the festivities now?” While this is hardly a confirmation, the reference to November in a “Halo Infinite” promo post has sparked speculations that it could be when the game will be launched.

It should be noted, though, that this coming November also marks the 20th anniversary of the “Halo” franchise. But that significance also makes the month a more likely release window for “Halo Infinite.”