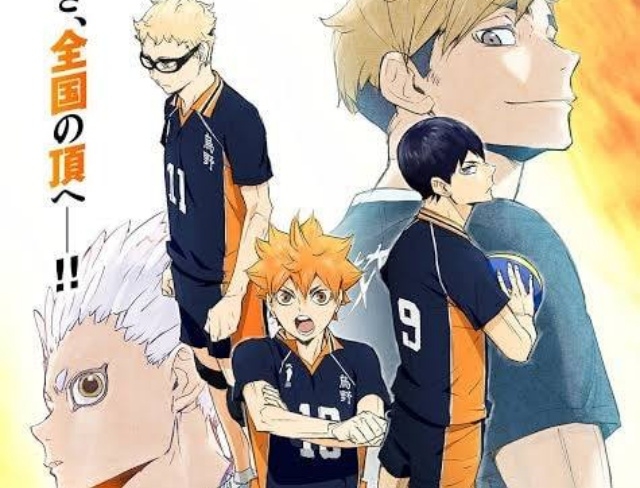 The game in the third set between the Black Jackals and Schweiden Adlers is ongoing, but it is about to end very soon. Finally, the readers will be able to see who will win in the intense match.

It was first thought that the game will end in chapter 394, but they featured backstories there, so it was not focused on the match. Thus, the game continues, and every team is on their feet because this is their last chance to get the victory.

The game is the first big match between Kageyama and Shoyo Hinata. This is the first league game that they will compete in since leaving junior high so the readers are really focused on the game and rooting for their team.

In the previous chapter 394 titled “The Lucky Ones,” Kiyomi Sakusa’s backstory was featured. He is MSBY Jackals’ outside hitter and a member of Itachiyama Highschool.

At any rate, the Adlers were able to catch up with the Jackals after Korai Hoshiumi changed the flow of the game. His skills came to the surface as he began to receive most of Jackal’s Miya’s fast serves. Hoshiumi’s attacks also proved to be vital to the Adlers’ rally until they finally reached the score of 20-19, with the Jackals only leading by one point.

If he and the rest of his teammates will keep playing this way, they have a higher chance of Adlers making the scores even and ultimately win in the third and final set. On the other hand, in the Jackals’ court, Kiyomi Sakusa has been working hard on spikes and ball service that allowed his team to score.

The manga will pick up from the score 22-21 in favor of the Jackals. “Haikyuu” chapter 395 is expected to showcase Sakusa’s skills.

It may also feature another backstory and this time it will be for Wakatoshi Ushijima. This is because he is one of the good players that fans have zero or little knowledge of. “Haikyuu” chapter 395 will definitely be an exciting game as this will decide who wins in the game.

“Haikyuu” chapter 395 will be available on May 31 as per VIZ’s official website. Fans can check out the raw scans on May 29 as it is usually posted two days before the official release date.