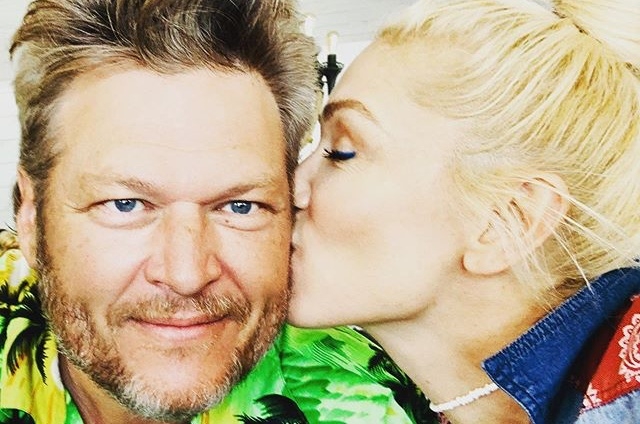 Gwen Stefani is returning as one of the panel judges in the 19th episode of “The Voice.” Her comeback in the talent show was already confirmed in June and the “What You Waiting For?” singer also announced her return via social media.

The 50-year-old will be a judge once again and she will join Blake Shelton, Kelly Clarkson and John Legend. She will be replacing Nick Jonas who left the program just after one season. The reason for his exit is unclear.

Alleged reason Gwen is coming back to “The Voice”

In any case, Gwen Stefani’s return to the reality television singing competition is not purely business. The Globe reported that she actually wants to join the panel again because of jealousy.

The magazine wrote an article titled “Gwen’s suspicious mind!” and claimed the real reason for her comeback is to keep an eye on Kelly Clarkson who will be single soon. A source told the publication that songstress won’t let Kelly and Blake out of her sight and she’s not taking any chances.

This jealousy supposedly started when Blake Shelton was said to be comforting and giving Kelly a shoulder to cry on since she filed for divorce from Brandon Blackstock. This allegedly flipped Gwen Stefani so with her entrance in “The Voice,” her main goal is to watch her boyfriend and fellow judge closely.

“I get why Gwen is pissed,” the tipster supposedly told Globe. “Suddenly Blake’s on the phone and texting to comfort Kelly who just happens to be attractive and talented.”

It was further claimed by the insider that Gwen Stefani made sure that Kelly Clarkson knows Blake Shelton is her man by being sweet and charming on social media. For instance, she posted a photo of herself and Blake when she greeted him on his birthday last month.

The conclusion - Is it true Gwen returned to spy on Blake and Kelly?

Gossip Cop stated that this is a nonsense story which means it is clearly false. After investigation, it became clearer that this rumor is just one of those break-up and wedding stories that it has already debunked.

Moreover, the report was written without solid evidence to back it up thus it is just another outrageous claim. It should be noted that Gwen Stefani is joining “The Voice” season 19 not due to personal reason but it’s work and she was hired to be in it again.