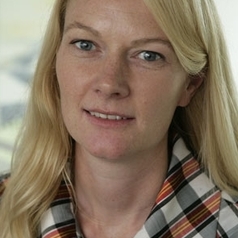 Higher education in Africa is as old as the pyramids in Egypt. But the continent’s ancient institutions have long disappeared. The type of higher education that’s delivered in Africa today, from curriculum to degree structure and the languages of instruction, is rooted in colonialism. This has led many to question whether African universities are still suffering from a sort of colonisation – of the mind.

The story of renowned climate change researcher Cheikh Mbow is an example. Mbow was born in Senegal in 1969 and studied there. Looking back at his experiences during his first years of university, Mbow observes: “I knew all about the geography and biology of France but nothing about that of Senegal.”

Mbow also happens to be my friend, and together with one of his colleagues we wrote a book chapter about the production of scientific knowledge in Africa today. The chapter is based on Mbow’s life story – which I’ll return to shortly.

In recent years a new consciousness has emerged about higher education’s historical roots. People are calling strongly for a decolonised academy. This feeds into a broader debate about the role of modern universities.

There’s little doubt that Africa’s universities need to be locally relevant – focusing their teaching and research on local needs. Unavoidably, though, they’re simultaneously expected to internationalise and participate in the heated global higher education competition. Standardisation is the name of the game here. Universities compete to feature on global ranking lists, mimicking each other.

Internationalisation also sees African researchers like Mbow travelling North in search of research environments with better resources. These international collaborations can be hugely beneficial. But all too often it’s organisations, universities and researchers in the global North that call the shots.

So how can the continent’s universities manage the tricky balance between local relevance and internationalisation? How can they participate in international collaboration without being “recolonised” by subjecting themselves to the standards of curriculum and quality derived in the North? How can they avoid collaborative programmes with the North that become mere tick-box exercises that only benefit the Northern researchers and organisations?

Over the past 20 years, international interest in African higher education has intensified. Aid agencies in the North have developed policies that are designed to strengthen Africa’s research capacity. Scandinavian countries were among the first to do so: Denmark has the Building Stronger Universities programme. Norway and Sweden have similar collaborative programmes.

Such initiatives are important. Research funding is very limited at African universities. National higher education budgets are quite low, especially compared with universities in the North. In their bid to educate rapidly growing populations, African universities tend to emphasise teaching rather than research. So these institutions rely heavily on external funding for research and depend on support from development agencies via so-called capacity building projects. These projects engage researchers from the North and South in joint activities within teaching and research, ideally to create partnerships based on mutual respect.

Many researchers from universities in the North and South are involved in these collaborative projects, usually as practitioners. Only rarely do we turn these collaborative projects into a research field, turning the microscope on ourselves and our own practice. After participating in a capacity building project in Africa, some colleagues and I became interested in understanding the geography and power of scientific knowledge.

We wanted to know how this power and geography is negotiated through capacity building projects. We also sought to understand whether such projects functioned as quality assurance or a type of neo-imperialism.

Simply put, our research explored whether capacity building and the tendency towards increased international collaboration in higher education is helping or hindering African universities. The answer? Both.

‘Monocultures of the mind’

The problem with such projects is that they might create what Indian activist Vandana Shiva calls “monocultures of the mind”. Shiva argues that these make diversity disappear from perception and consequently from the world. People all end up thinking in the same ways.

International collaboration can cause African universities to become more dependent on the North. Their dependence is on funding; through publication in journals from the North; and through technology that only exists in the North. It also manifests in thinking mainly using concepts and solutions developed in the North.

Another problem is that this international collaboration may draw African universities into the competition fetish that dominates higher education today. This may help them to become globally competitive. But they risk losing their local relevance in the process.

Capacity building projects risk creating Shiva’s monocultures of the mind. But they can also have the opposite effect: they can empower African researchers and help them to become more independent.

For Cheikh Mbow, the North represented both an imposed curriculum through colonial heritage and the chance to acquire the skills needed to become an emancipated academic capable of creating new knowledge.

His PhD project explored natural resource management in Senegal “but using methods designed in the global North, in particular from France”. During his project he travelled from Senegal to Denmark and was exposed to another way of behaving. At his home institution, the Université de Cheikh Anta Diop in Dakar, questioning the knowledge and methods of older professors was perceived as misbehaviour. In Denmark he experienced a different system. There he was asked to question what was taken for granted even if it meant questioning older professors.

Paradoxically, the Danish system enabled Mbow to become an independent researcher. He became aware of how knowledge and methods inherited from the North were used in an African context without being questioned.

After several years of research, I began challenging some of the received knowledge and managed to specify what is particular to Africa. After being able to contextualise knowledge, I was able to create knowledge that concerned and responded to societal needs and local realities in Africa.

This is precisely what the African academy – and its societies more broadly – require.

I would argue that collaborative projects such as capacity building programmes can be a means to assist African universities in producing contextualised knowledge. These projects can even lead to some sort of decolonisation of the academy if they are based on long-term partnerships, a close understanding of historical, political and geographical context, and not least a common exploration of knowledge diversity.

This article is based on a blog that originally appeared here.

Hanne Kirstine Adriansen does not work for, consult, own shares in or receive funding from any company or organisation that would benefit from this article, and has disclosed no relevant affiliations beyond the academic appointment above.