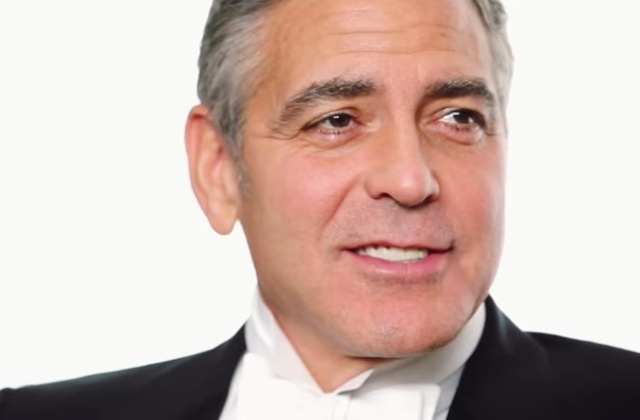 George Clooney was said to have received a proposal from Sofia Vergara. Based on the report, the actress tried to keep her move a secret as much as possible.

The offer that the “Batman” actor got

As per the report that appeared on New Idea titled “George and Sofia Caught Out!” it was claimed that Sofia Vergara made an offer that the actor will not be able to refuse. It turned out that she is planning to make a movie with the 59-year-old A-list actor.

The Colombian actress believes that they can both make huge profits in the crime movie that she would like to do with George Clooney. It was added that as a matter of fact, Netflix already placed a blank cheque to make sure the movie will happen.

“George is brilliant at comedy,” an insider supposedly told the magazine. “He also got the same sex appeal Sofia does. This comedy will be a welcome break for Clooney, whose fans are dying for him to take a break from his serious movies.”

Is Amal getting in the way?

It was claimed that while the movie is a great project, they have a small problem with getting George Clooney to act alongside Sofia Vergara. The magazine stated that the pairing may possibly be dangerous for the actor’s wife, Amal Alamuddin.

“Amal will no doubt be keeping close tabs on the duo’s schedule,” the source revealed. “Both Amal and Joe Manganiello will be very uncomfortable watching the sparks fly on set.”

It was added that Amal’s regular visits to the set may be related more to marital issues than anything else. The source said that these visits could actually be “a marriage-saving move.”

Then again, Gossip Cop is debunking this report after concluding it was written to be a clickbait post. The publication noted that New Idea is known to write stories that are meant to gain readers even if they contain false information.

In this case, Sofia Vergara did not propose anything to George Clooney. It was a misleading claim that aims to stir controversy. Also, it should be noted that the two celebrities have their own busy schedules and there is not one project where they are going to collaborate.