FxWirePro: EUR/NZD drifts lower , could be on verge of a bigger drop

Fxwirepro: EUR/AUD neutral in the near-term, scope for downward resumption 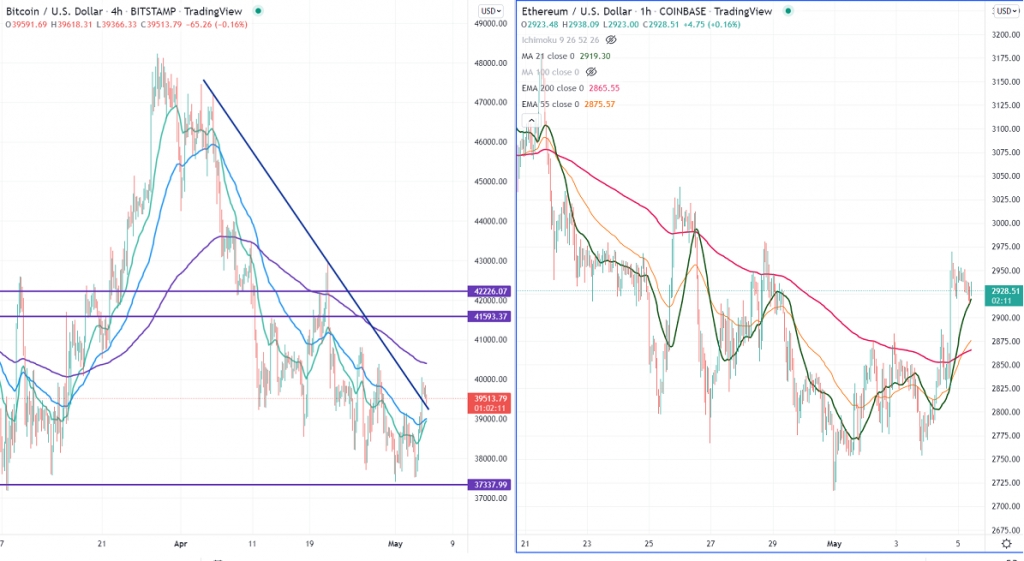 BTCUSD gained more than $1000 after US Fed monetary policy. The demand for riskier assets increased as the fed did not consider aggressive rate hikes in near future. It hits a high of $40050 and is currently trading around $39555.

ETHUSD recovered after hitting a low of $2969 following the footsteps of BTC. It hits an intraday high of $2953 and is currently trading around $2795.