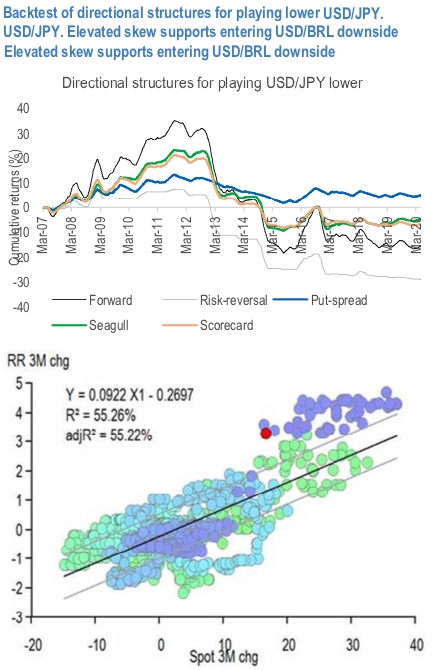 The Brazilian central bank is likely to cut its key rate by a further 75bp to 2.25% today. In May inflation stood at 1.9% and is thus below the central bank’s target corridor of 2.5-4.5%. That gives the central bank the scope to support the economy that is under pressure due to the corona pandemic. What is likely to help in this context is the fact that the situation on the financial markets has calmed down and that BRL was able to appreciate at least temporarily over the past weeks. What is likely to be of greater interest than the rate decision is likely to be the accompanying statement. The statement published after the last meeting in early May signalled a final monetary policy adjustment for today’s meeting. Will the central bank stick to this view despite the fact that the situation in Brazil has deteriorated since the last monetary policy meeting and regardless of the depressed economic outlook or will it signal further easing after all? The political developments might cause the central bank to hesitate. Political disagreements and unconvincing crisis management are not a good starting point for escaping the recession quickly. This might exacerbate the already deteriorating national finances and in the future inflation might accelerate. The central bank underlined this risk in its last statements.

We expect the central bank to act cautiously for now and see that it will keep the door open but not actually signal further rate cuts outspokenly. If on the other hand the central bank were to sound more dovish and signal rate cuts or even quantitative easing measures BRL is likely to depreciation further.

Playing the USD-lower theme in EM is supported by the favorable rates differentials, still cheap EM valuations with respect to other asset classes that have enjoyed more sustained recovery, although the sensitivity of EM Carry plays to local idiosyncrasies, global sentiment and (indeed) USD directionality requires some care when structuring the trades. We have noted earlier on the relative expensiveness of EM vols and skews vs. G10 ones. Despite the large move in spot, a more granular analysis finds an even bigger dislocation on the pricing of the USDBRL skew, based on a linear relationship comparing changes of riskies pricing vs. spot moves, both measured over 3M horizons (refer bottom part of the above chart). Keeping in mind that the country, and the Latam region in general, is still experiencing the most acute phase of the health crisis, lagging Europe by 1-2 months, and the fact that the currency has experienced a 25% vs USD ytd, the medium-term fundamentals remain better supportive for Brazil than other EM countries with large fiscal deficits and/or weak BoP position.

That said, rather than entering an outright short risk-reversal trade, fully exposed both in spot and vol terms to an inversion in market sentiment, we add a long OTM USD call/BRL put to the 25-delta risk reversals for capping the maximum loss the structure can suffer.