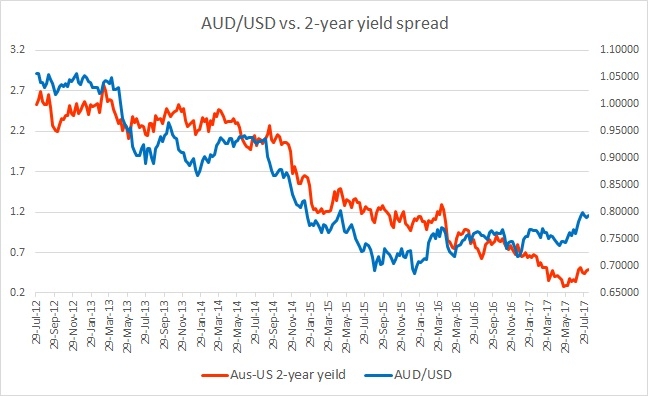 The chart above shows, how the relationship between AUD/USD and 2-year yield divergence has unfolded since 2012.

As expected, since our last review in July, the yield spread has started widening in favor of the Australian dollar. The spread is currently at 49 basis points, and the exchange rate is at 0.795. A further correction in Australian dollar likely or the widening of spread.