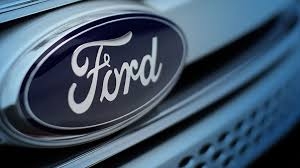 Ford said it does not condone actions that SK is accused of, referring to accusations of trade secret misappropriation and destroying of evidence during an investigation.

Ford Motor Co on Friday dismissed criticism from the U.S. International Trade Commission for not being based on a public interest hearing, noting that it committed to SK Innovation's battery programs before any misconduct had surfaced.

The US carmaker said the “key facts” would have emerged if the ITC conducted a hearing.

Ford said it does not condone actions that SK is accused of, referring to accusations of trade secret misappropriation and destroying of evidence during an investigation.

The ITC criticized Ford for pursuing new EV contracts with SK even after evidence had emerged that the South Korean EV battery maker misappropriated trade secrets from LG Chem.

SK wants the ITC decision to be overturned by President Joe Biden and warned it would halt construction of a $2.6 billion battery plant in Georgia if it is not.