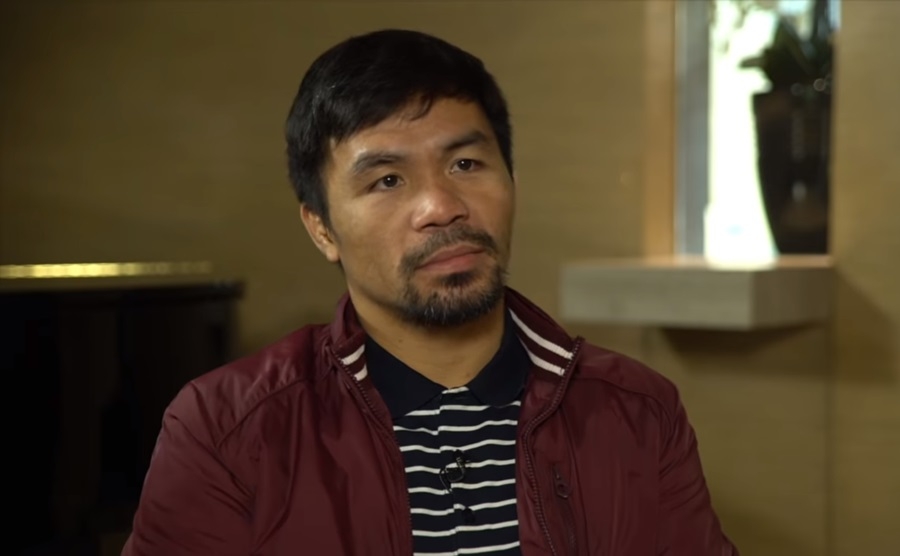 Photo via Screenshot of Rappler/Youtube

The discussion concerning the sequel fight between Manny Pacquiao and Floyd Mayweather Jr has now been reignited thanks to the latter once again stoking the embers. The undefeated boxer took to Instagram to announce that he’s currently working on an exhibition match between him and the fighting senator that will apparently take place in Japan.

After the video went viral, Manny Pacquiao’s camp said that they have no idea what Floyd Mayweather Jr is talking about and is calling the supposed exhibition fight as a pipe dream. MP Promotions president Sean Gibbons even said that all of it is “nonsense.”

Manny Pacquiao himself said that if Floyd Mayweather Jr really wants a fight, they should make it an official bout and not an exhibition match, PhilStar reported. It appears that the latter is merely using the former’s name to promote whatever match he’s trying to concoct.

It should be noted that this isn’t the first time that Floyd Mayweather Jr has used Manny Pacquiao’s name to generate hype. Just last month, a video of Mayweather surfaced online saying that he’s trying to negotiate the sequel fight in Saudi Arabia. Fast forward a few weeks later, and the American boxer said that it was merely an old video.

Floyd Mayweather Jr basically said that same thing last year, claiming that he’s aiming to fight Manny Pacquiao soon. That ended up to be a lie since he fought Japan’s Tenshin Nasukawa instead.

Floyd Mayweather Jr fighting Manny Pacquiao is unlikely to happen since Mayweather has time and again maintained that he has no plans to box professionally anymore. So it’s surprising that this video is now circulating online. Perhaps it’s another old video that was shot months prior?

Meanwhile, Mike Tyson has recently slammed Floyd Mayweather Jr after the undefeated fighter said that he’s the best fighter in boxing history, going as far as to say that he’s better than Mohammad Ali. Tyson called Mayweather “delusional” and a “scared man” on account that he couldn’t even take his kids to school all by himself, IBT reported. Manny Pacquiao, on the other hand, is currently busy with school as he’s currently trying to get a political science degree to serve his country as a lawmaker better.