Financial markets' volatility is much more than a monetary policy issue 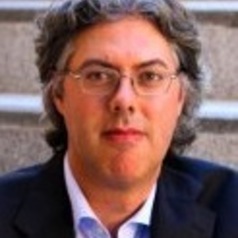 It has been a bad start of 2016 for global stock markets.

A quick recap of the events of the last few days might prove useful in understanding the causes of this volatility and the possible way out.

On Wednesday, 20 January, the oil price fell below $27 a barrel and global stock markets were hit by large sell-offs in Asia. The FTSE100 and the Nikkei joined the French CAC, the German DAX and the Shanghai Composite in bear market territory.

The day after, the European Central Bank President Mario Draghi announced that there are no limits to how far the ECB is willing to use monetary instruments to support the European economy at this difficult juncture. Markets responded positively and the week ended with indices going up.

But the effect was short-lived and Monday, January 25 looked very much like the previous Wednesday, with stock markets in North America and Europe falling sharply and the oil price plummeting by another 5%. The Nikkei and Shanghai Composite remained fairly stable on Monday, but suffered considerable losses on Tuesday 26.

All this tells us three things.

First, stock markets and oil prices co-move like never before.

In oil importing countries, a fall in oil prices reduces the cost of production and hence stimulates real economic activity. Consequently, stock market indices and oil prices should move in opposite directions. This is evidently not the case now: when the oil price dips, so does the stock market.

In fact, until December 2015, the co-movement between stock market and oil price was negative. But as the price per barrel has fallen below $40, sovereign wealth funds of oil producing countries have started to sell their financial assets. These sell-offs are a critical factor behind stock markets’ current fragility.

However, the effect of the announcement was short-lived. Obviously investors want to see actions after the announcement, especially in view of the overall uncertainty over the course of monetary policy in US and Japan.

But, more importantly, markets have come to realise that in the current economic environment, with interest rates already close to zero, monetary policy is likely to be largely ineffective. In other words, even if there is no limit to Draghi’s willingness to support the economy, there is certainly a limit to what Draghi can achieve.

Third, all is needed is growth.

The performance of stock markets today is undermined by a significant lack of confidence in future economic and business conditions. The advanced economies continue to stagnate, emerging and developing economies are slowing down, and the world economy is unable to return to “normal” after that eight years have passed since the global financial crisis. The gloomy projections of the IMF, the World Economic Forum, and other institutions scare investors, and rightly so.

Therefore, stock markets are weak and vulnerable because the real economy is weak and vulnerable. The only real fix to this situation is sustained economic growth, which would also contribute to stabilising the price of oil and other commodities.

The cure is an old recipe that the patient might dislike

So, if the cure to the stock market disease is more economic growth, then the question is where to find it.

In a long-term perspective, the debate on growth focuses on innovation and the structural reforms required to support it. However, a cyclical perspective might also be relevant in today’s circumstances.

Most economies are currently operating below potential. This means that their actual gross domestic product (GDP) is below their potential GDP. Closing the gap between actual and potential GDP would already provide a significant boost to investors’ confidence and set the basis for achieving long-term growth.

Closing the gap is essentially a problem of boosting aggregate demand. This requires a stimulus to be provided through macroeconomic policy. With monetary policy limited in its effectiveness, fiscal policy is the best option.

However, for several governments, the policy space to increase public spending (and/or to reduce taxation) is narrow due to the high levels of debt previously accumulated. This in turn increases the need for the international co-ordination of fiscal policies.

The empirical evidence shows that fiscal policy tends to have effects across the borders. That is, the stimulus undertaken by a country contributes to increasing output in other countries. This positive spill-over implies that if all countries act in a coordinated fashion, then the actual amount of spending required by each country to close the output gap would be lower than what would be required if countries operated independently. Hence co-ordination would prevent countries with higher stock debts from having to undertake a too large fiscal stimulus.

In conclusion, the cure to the stock market disease is good, old Keynesianism. Would the opponents of government intervention accept that their bulwark is saved by their enemy, Sir Maynard Keynes?

Fabrizio Carmignani receives funding from the Australian Research Council for a project on the estimation of the linear piecewise continuous model and its macroeconomic applications.