Film festival reveals the passion, emotion and disappointment that can come with science 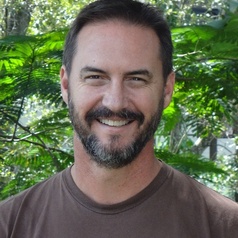 The International Science Film Festival SCINEMA is currently screening in Australia, and presents science features, shorts, documentaries, animated and experimental productions from filmmakers around the world.

I expected the program to present the theme that science is a grand and inspiring human endeavour. Such is the way of most things that celebrate science, be they splendidly directed documentaries such as those of David Attenborough or science fiction thrillers such as Interstellar. Each seems to highlight the ability of science, or of scientific inquiry, to produce wonder, awe and excitement.

But SCINEMA is different. The most noticeable thing about the films is that, collectively and individually, they are less explicitly about science and more about us. These are very human stories about how we engage with the world — with the things in it, and with each other.

Humans are the focus

My strongest reaction to the films came from learning about the Mercury 13, the group of women who (through a private institution) underwent many of the same tests that the more famous, all male, Mercury 7 astronauts took. The story was presented in the film The Purple Plain, written by Avril E. Russell. The Purple Plain explores how different things might have been if it had been one small step for a woman, and one giant leap for mankind. Inspired by the true story of Mercury 13; the first women who tested for space flight. from SCINEMA

It turns out that the 13 women all passed the psychological and physical tests taken by the males, with some women significantly outperforming them.

That the first astronauts could easily have been female is not hard to imagine, but that there was empirical evidence that they might have been better at it is both inspiring and saddening.

So while the science was clearly the context, the story was riveting because it was about the human drama of the story; and the contemplation of what might have been.

So too in the charming tale of two brothers who as young boys found an Einstein-Rosen bridge from their present to their future. Told in the film Einstein-Rosen (written, directed and produced by Olga Osorio), this is not a dark or serious story of scientific advancement, but a playful and warm story of the brothers’ relationship.

Another film focuses on the plight of the pangolin in Pakistan: Pangolins in Peril – a Story of Rare Scales, written, produced and directed by Muhammad Ali Ijaz. The pangolin is not a particularly cuddly creature, being the only mammal to be covered in scales, but it has a quality that seems to inspire a passionate duty in the rangers charged with its preservation.

Images of the stalls of purveyors of pilfered and parboiled pangolin products are disturbing, and provide a strong case for the image of the pangolin being just as valuable as that of the panda in the cause of wildlife conservation.

The Scaly Anteater or Pangolin is a little known secretive animal that is being hunted to extinction for its scales in Pakistan. The documentary sheds light on a creature that is shrouded in mystery and myth while following two wildlife wardens as they fight the odds to protect the Pangolin from hunters and poachers.

The tragedy of the commodification of the pangolin is particularly acute as it is the consequence of humans struggling for existence themselves. The case of a pangolin hunter almost charmingly justifying his expertise on the precarious state of the pangolin because he was the cause of the problem is confronting.

Just as tragic is the case of the 2,500 year old aqueduct under-passing the Iranian city of Yazd, told in the film Owsia, (Darkened Water), and directed by Alireza Dehghan. Through a combination of corruption, apathy, ignorance and fading relevance the aqueduct is decaying and stagnating as a result of population increase and neglect.

This ancient engineering marvel is achingly significant to those men who grew up caring for it, and the contrast between their hopes and frustrations at its current state are in striking contrast to the attitudes of those with the power to control its future.

The aqueduct in the central Iranian city of Yazd has supplied water to the city for 2,500 years, now rots away due to bureaucracy and corruption.

Women scientists as the norm

Five of the eight films featured in SCINEMA 2017 were made by, or were about women. Women were present in a way that simply and effectively naturalised science as a gender neutral project, which is not something science is known for achieving.

I found this interesting, and pleasantly so, having my 11-year-old, budding astronomer daughter watching the films with me (and I have an older daughter at uni studying science).

She was able to see not only the story of the Mercury 13, but also – through the film Fix and Release (directed by Scott Dobson) – she learned of Dr. Sue Carstairs who cares for turtles at the Ontario Turtle Conservation Centre in Canada. This veterinarian heals turtles and returns them to the wild with a gentle passion and humour that made it seem a very fine goal for a life’s work.

Fix and Release explores the Ontario Turtle Conservation Centre, a small turtle trauma centre in Peterborough Ontario Canada as it fights to even the odds for survival that freshwater turtles face in a modern world.

She saw two remarkable women – computational geneticist Pardis Sabeti and disease ecologist Lina Moses – explain their thinking during the recent Ebola outbreak in West Africa. Not just their scientific thinking, but also their hopes and fears for success.

A computational geneticist and disease ecologist discuss the front line of the 2013-2015 Ebola outbreak in west Africa.

And she saw test tube twins make an informal, heartwarming (and very cheap) video explanation of their journey from zygote to womanhood as a way of expressing their own wonderment of it — and to finally explain to others how it happened, I suspect, without having to repeat the story over and over. The film is Test Tube Babies, written and directed by Alice Wade.

Some of the films were not necessarily as slick as they could have been — and some judicious editing might have helped me keep my focus during some of the longer ones – but by and large they ticked all the critical boxes I brought with me to the screening.

Go and see these films if you are into science, by all means, but also go if you are just into humans.

You may never look at a paw-paw the same way.

Community screenings of selected SCINEMA films are free for anyone to take part in during National Science Week 2017: register here.

Peter Ellerton received a ticket to attend SCINEMA courtesy of the Royal Institution of Australia.

Peter Ellerton does not work for, consult, own shares in or receive funding from any company or organisation that would benefit from this article, and has disclosed no relevant affiliations beyond the academic appointment above.