Exercise in childhood benefits those with cerebral palsy in later life 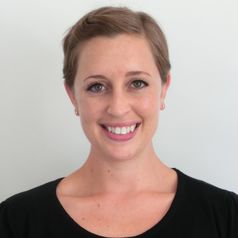 One group was a set of able-bodied athletes. The other was a set of Paralympic athletes who have cerebral palsy, a neuro-muscular condition caused by damage to one of three areas of the brain before, during or immediately after birth.

The idea was to see how the Paralympic athletes’ performance compared with that of the able-bodied athletes.

Previous research has shown that people with cerebral palsy are limited when it comes to the ability to exercise. They have up to 73% lower exercise capacity compared with typically developed able-bodied people when doing a variety of exercises.

We expected the results of our studies to replicate this previous research. However, our studies provided the first evidence that long-term exercise training interventions – represented by elite athletes – may provide more benefits to people with cerebral palsy than previously believed.

The effects of cerebral palsy

Globally there are more than 17 million people with cerebral palsy. Two to three children out of every 1,000 born in the US have the condition. The rates of cerebral palsy are similar in South Africa.

People who have cerebral palsy have complex neural and muscular dysfunction. The condition ranges from affecting all their limbs, which results in quadriplegia, to only affecting one side of the body, which results in hemiplegia. Some only have monoplegia, where only one limb is affected. In the areas affected by cerebral palsy, there are spastic contractions, severe muscle weakness and the muscles are smaller in size and don’t function the way a typical muscle would.

Due to their weak muscles, people with cerebral palsy often lead very sedentary lives. These people are often inactive and do not come close to meeting the international physical activity guidelines of 150 minutes of moderate activity per week.

As a result, their bodies undergo secondary changes that include even weaker muscles and worsening of symptoms of cerebral palsy, such as contracture and cortical bone loss from lack of activity. This increases the burden of their disability later in life.

But our research may show that exercise interventions from a young age may change this in people with cerebral palsy.

Until recently, no research existed on adults with cerebral palsy who took part in high levels of physical activity.

In the first studies to evaluate elite adult Paralympic athletes with cerebral palsy, we suggest that participating in physical activity from a young age may have more of an impact than previously thought.

Elite Paralympic track and field athletes, as well as able-bodied athletes, took part in three studies. We did various tests on them.

We measured their body composition, the strength of their bones (bone density) and their muscle and fat mass composition. We compared the affected and non-affected sides of their bodies.

We also looked at their physical performance by getting them to do a 30-second cycling trial on a stationary bicycle, as well as 40m sprints and jumps, jumping on both their affected and non-affected sides.

And there was less than 10% difference in their sprint performance in both cycling and running activities. This was in direct contrast to the previous research, which predicts an average of 30% to 60% difference in performance between people with cerebral palsy and able-bodied people.

It has been well documented that the non-affected sides of people with cerebral palsy also have lower capacity than those of able-bodied people. This is due to the brain adapting the body’s entire neuromuscular system toward the capacity of the affected side.

But our studies show that the Paralympic athletes’ non-affected sides were not affected at all. Our finding may be the result of these athletes training for years and possibly adapting their total body physiology toward their non-affected side’s capacity. Effectively the deficits remaining may be the actual effect of cerebral palsy on the body without the confounding effect of physical inactivity.

This indicates that long-term, high-level exercise training may positively influence the physiology of cerebral palsy sufferers toward maximum level of adaptation possible. Through exercise it may be possible for people with cerebral palsy to restrict the secondary effects of physical inactivity and cerebral palsy on the body.

The most important finding of these studies is that exercise holds the potential to radically change the lives of all people with cerebral palsy. We propose that the change in attitude in the treatment of children affected by cerebral palsy should shift from minimal play-based functional therapy toward higher levels of exercise training from a young age.

This new perspective of exercise training would allow these children the opportunity to achieve the full potential of their bodies.