Eva Mendes, Ryan Gosling split rumor: Actress threaten to leave partner if he refused to have a third child 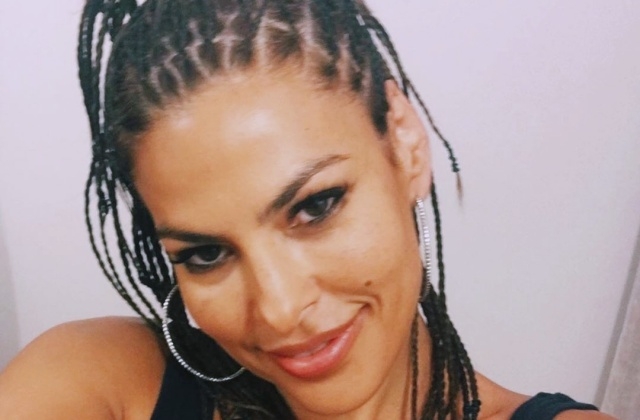 Eva Mendes was reported to have warned Ryan Gosling that she will leave him if they will not have another baby. Apparently, she wants a third child but the actor is not willing and not even serious about it.

The actress is said to be furious and this conflict has created a huge crack in their relationship. It seems that the only way to save their union is none other than to have a third baby.

Actress determined to have a new child in the family

In an article that was published on the National Enquirer titled “Eva and Ryan - Baby or Breakup!” it was alleged that Eva Mendes and Ryan Gosling’s relationship is actually not good. They are on the verge of calling it quits and a third baby could save their family from breaking up.

The couple is one of Hollywood couples who managed to get their union together for a long time. They appeared to be a perfect couple for this but the source said that the pair is actually struggling to keep it together just like the others.

However, they just managed to avoid a breakup, unlike the majority who chose to go on their separate ways. But this time, things are not good and Eva Mendes wants another child to save their relationship.

“Eva was very clear when they had this big talk about their family’s future,” the so-called source told the magazine. “She told Ryan she wanted at least one more kid, and if he didn’t get on board then he’d be left behind!”

It was further reported that Eva Mendes and Ryan Gosling have been fighting for almost everything. From the actor’s work schedules to jealousy over his co-stars, they have fought over them and this rift is just getting bigger.

“They’re raising two young daughters Esmeralda and Amanda but they battled over everything,” the source shared. “From Ryan’s grueling work schedules to Eva’s endless jealousy over his attractive co-stars.”

It was claimed that Eva Mendes is mostly suspicious of Claire Foy with whom her partner starred with in the 2018’s film called “First Man.” In fact, when Ryan supposedly telling Eva how talented Claire is, she got furious and demanded to know what is going on.

Is it true that Eva Mendes threaten Ryan Gosling to have a child or she will dump him? Gossip Cop revealed that this story is not true at all. The couple has no issues in their relationship plus they are overly protective about their privacy which means the sources could not possibly know what is going on in their home.

Finally, National Enquirer is not a reputable source and in fact, Gossip Cop already debunked hundreds of its reports including those breakup narratives about Eva Mendes and Ryan Gosling.