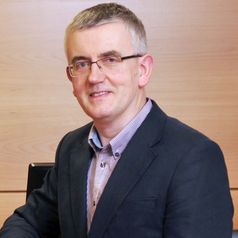 It is common for many employees to send, read and reply to work emails at all hours of the day and night, including weekends. This change in work culture developed in recent decades and has accelerated with the advent of smartphones. But is this a breach of employment law? The short answer is that “it depends” and we need some test cases to clarify the situation, not least in the UK.

Some workplaces have a culture of long working hours and it can be difficult for an individual employee to go against it. The contract may refer to a 40-hour week but the reality may be very different. Smartphones and other digital devices have contributed to a culture of “digital presenteeism”.

Staff may feel that, if they don’t keep up with the always-on culture, their job may not be safe. It doesn’t help when senior people talk up their own commitment to long hours. Perhaps it made some workers at the University of Cambridge uncomfortable recently when Professor Mary Beard tweeted that she works 100 hours a week, for instance.

The employment relationship is contractual so, in principle, there is freedom to contract as both parties see fit. But many regulations limit this freedom, usually to redress a perceived imbalance in the bargaining power between employers and employees.

The EU Working Time Directive, introduced in 1993 and revised in 2003, specifies that an employee’s average weekly working time should not exceed 48 hours. It also contains requirements on daily rest periods, weekly rest periods and annual holidays. Member states can decide that aspects of the working time rules do not apply to workers who decide their own working hours.

The directive was grounded on principles of health and safety at work. It is obviously unsafe for workers, such as drivers or medical staff, to have long working hours, as they are more likely to make a mistake if they are tired. But long working hours are unsafe for all workers, as they may contribute to stress, burnout, fewer opportunities for exercise, poor diet and in some cases heart disease.

In the case of employees who work to a set schedule, perhaps with “clocking in and out” systems, it is relatively easy to check whether the 48-hour limit is being breached. Many employers do not keep records of hours worked by salaried employees, however.

In a recent case brought from Spain – Deutsche Bank (2019) – the European Court of Justice held that to satisfy the Working Time Directive, EU member states must require employers to set up an objective, reliable and accessible system so that each worker’s daily working hours can be measured. One implication might be that national laws would require employers to keep more detailed records, thus potentially drawing attention to after-hours time spent dealing with emails.

The view from Ireland

The UK has a large population and so it might be expected that it would already have had a legal case regarding the out-of-hours email issue, but there has not yet been one. An Irish case from 2018 on the issue has therefore received significant attention from British lawyers and could well influence cases brought within the UK.

Gráinne O’Hara was a business development executive for Kepak Convenience Foods and her employment contract stated that her working hours were 40 hours a week. She claimed that, in fact, she was working 60 hours a week, and produced sample emails regularly sent between 8pm and midnight. There was no system to record O’Hara’s hours of work.

Kepak argued that O’Hara could comfortably have completed her work within 40 hours, but the labour court found that the company was aware that O’Hara was working excessive hours and did not take steps to prevent this. The Irish legislation that implements the EU directive states that an employer “shall not permit” excessive hours. As Kepak could not prove that O’Hara’s working hours were lawful, it was ordered to pay her compensation of €7,500 (£6,335).

It will be interesting to see if a test case will now be brought in the UK concerning similar circumstances. One key difference in UK law is that individual employees may opt out of the 48-hour maximum working week, except for certain professions, such as pilots, sailors and delivery drivers. But this must be done in writing and the employee must not suffer any disadvantage if they do not opt out.

France is another country that is ahead of the game on work emails. France introduced an innovative “right to disconnect” law in 2017. The law encourages employers to reach “agreements with their employees regarding mechanisms for regulating the use of digital tools, with a view to ensuring respect for rest periods and leave as well as personal and family life.” Agreements will, of course, take account of the different work environments and business models.

There is no suggestion that all employees in France can disconnect at evenings and weekends, since obviously many workplaces need people to make decisions outside standard working times. Yet the law is not without teeth. An employee referred to as “Mr Y” has already received €60,000 in compensation for breach of this law by the French subsidiary of Rentokil Initial. Y was required to have his phone switched on and be available to answer calls 24 hours a day, seven days a week.

This is an area of law that is sure to evolve and be clarified as more test cases emerge. In the meantime, employers and employees should be aware of these emerging principles. It won’t be of much help to self-employed people and independent contractors, unfortunately, since the EU directive has no application to them. And of course, with Brexit on the horizon, it’s always possible that the UK will eventually decide to weaken or repeal its working time laws altogether.

Union eyes probe against McDonald's for denying breaks to 250,000 workers