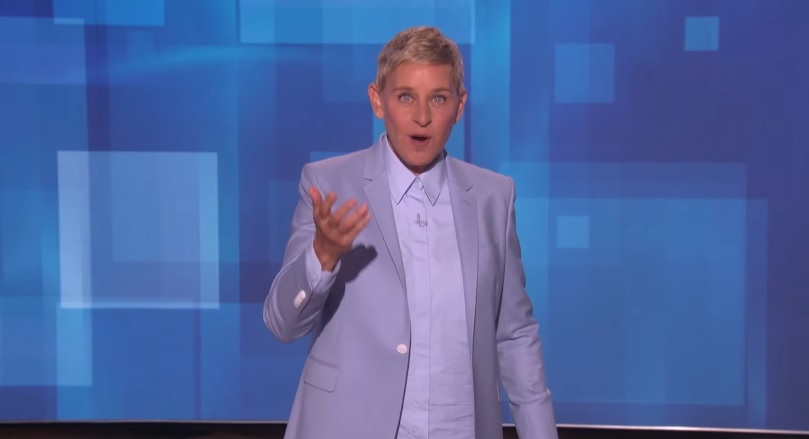 From the sneak peek trailer of “The Ellen DeGeneres Show” season 17. | Photo by TheEllenShow channel/YouTube screenshot

Ellen DeGeneres and Portia de Rossi have just celebrated their 11th wedding anniversary. But even that milestone cannot stop the divorce rumors from coming. There are claims that Ellen’s same name talk show, that recently started its 17th season, is causing serious issues in their marriage.

This week marked the official start of “The Ellen DeGeneres Show” season 17, and it was made extra special with the announcement that it will certainly continue until 2022. There have been speculations that Ellen her daytime TV gig as her contract for the NBC show was reportedly up until summer of 2020. Ellen delivered the good news to her audience this week, but it has also started another slew of divorce rumors.

The tabloid Star claimed that Portia felt “betrayed” that Ellen chose to extend her show for three more years when they have been reportedly planning their retirement in Australia. Its anonymous source reports that the couple was allegedly planning to “relocate” to Australia once Ellen finishes her contract for the show. The same report insists that Portia and Ellen are having a tough time in their marriage because of the turn of events.

However, in an earlier interview for the New York Times in 2018, this topic was briefly discussed by Ellen and Portia. The host revealed that her wife likes the idea of her leaving daytime TV, but only because Portia wants her to pursue another career path where Ellen’s creativity will be further utilized. It should also be noted that Portia is the CEO and co-founder of the art company General Public based in the United States. That makes it even more unlikely for Portia to be very keen on going back to Australia to live there permanently.

This particular divorce rumor will probably not pan out just like the many other claims about Ellen and Portia’s marriage over the years. But it is unlikely for the couple to directly address Star’s story because they have both said before that they have stopped reading tabloids and rumors about them a long time ago.

However, they both have an interesting take on the spread of divorce rumors. Ellen and Portia previously said that the non-stop publication of speculations about their marriage shows that these kinds of stories sell. And that could mean that the public perception towards same-sex marriages has changed.