Ebola in the DRC: expert sets out critical lessons learnt in Liberia 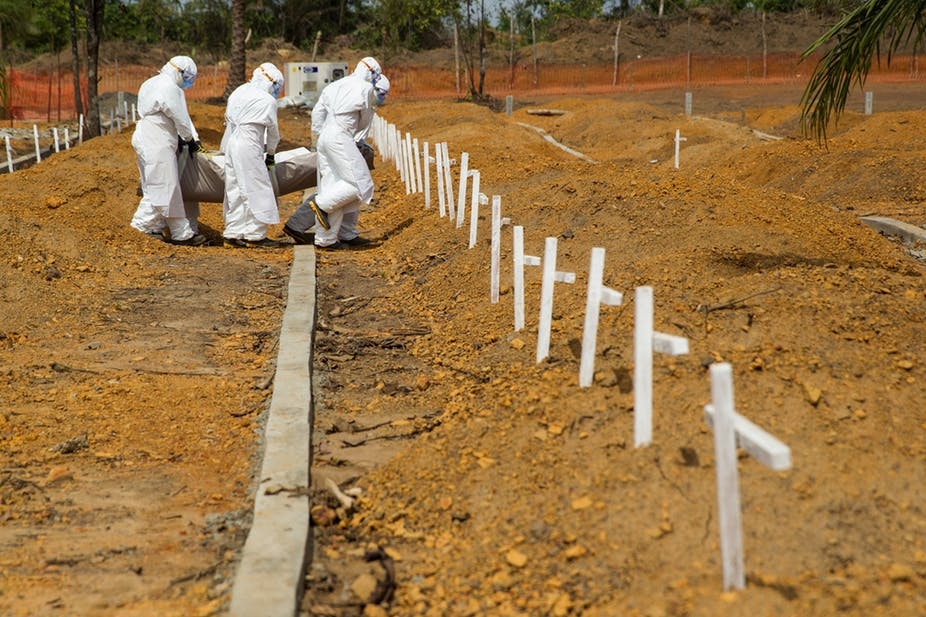 Since 2014 the Ebola outbreak in Liberia killed over 4,800 people. UNMEER/Flickr 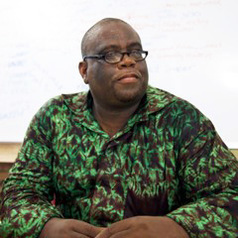 Ebola in the Democratic Republic Congo (DRC) has now spread to urban areas. The Conversation Africa’s Moina Spooner spoke to Mosoka Fallah who was head of case detection during Liberia’s ebola outbreak in 2014 and 2015 about his experience, and what lessons that experience offers.

What can you tell us about the spread of Ebola in the DRC?

The situation is very serious. So far there have been 458 cases, including 271 deaths, in two of the country’s provinces. This could get much worse. In Liberia’s case, over two years, 4810 people lost their lives to ebola.

I think it could be a matter of days before DRC’s epidemic spreads to more urban centres or spills over into neighbouring countries.

I say this because of how the outbreak is unfolding.

Second, there are now cases (live and dead) reported in communities that were not on the contact list. This is a list of people that may have come into contact with an infected person. If there are people that are infected who weren’t on the list, it means that proper tracking isn’t happening. It also implies that people don’t trust, or are afraid, of the ebola response and are turning to home treatments, including traditional remedies or prayers. These could expose a larger population to infection.

To contain an ebola outbreak, it’s crucial that 100% of the contact list is documented and tracked. If this is broken, then a spread should be expected.

Why has the country been unable to contain the spread this time round?

The failure to control this outbreak is due to a variety of factors.

Because of the civil war and with huge numbers of people living in abject poverty – as was the case in Liberia – there is widespread distrust in the government and its institutions. This means it will be hard for people to trust the Ebola response team.

This is a major problem because Ebola containment is based on trust. Response workers can’t be in every house and so they rely on individuals in communities to alert them. But if they’re not trusted, cases won’t be reported. Mistrust can also lead to violence – as we’ve seen in the frequent attacks against response workers in the DRC. These attacks delay response when speed is critical.

These reactions are because the Ebola response goes against the normal tendency for families and friends to take care of their sick. Instead they are isolated and kept away. To help people accept this requires them to trust the health workers. People who are very poor, and have been neglected by the state, don’t trust the authorities. And they aren’t likely to accept the radical changes required. This, in turn, results in resistance and violence.

What steps need to be taken immediately?

The first steps must be to address some of the fundamental needs of the people. For example, at risk communities should be provided with food and useful tools and services – like water pumps and functional clinics. But these must be distributed through locally trusted leaders.

Second, some of the Ebola response must go to the local community. The first step would be to identify key, trusted leaders who can lead the response. They can also be invited to propose solutions, and be supported in getting these implemented. In addition, local youths and religious and traditional leaders need to drawn in and paid to do active surveillance and community sensitisation.

What lessons are there from Liberia?

The one big difference is that there’s an active war on in the DRC. Apart from that, however, there are some clear parallels between the outbreak in Liberia and this one.

The first case of ebola in Liberia was reported in March 2014. Five months later, we accounted for 51% of all cases in West Africa – it had spread across Liberia, Guinea and Sierra Leone. But we shifted the epidemic curve and, in September 2015, became the first country in the region to be declared ebola free.

This was because of our work with the community. I cofounded the community-based initiative with support from the Ministry of Health, the United Nations Development Fund and the World Health Organisation. We were advocates for the communities and got support to them quickly and efficiently. We held daily meetings with national response workers and international partners organised under the national emergency operation centre.

These are the steps we took:

Many of these steps could be replicated. But time is of the essence.