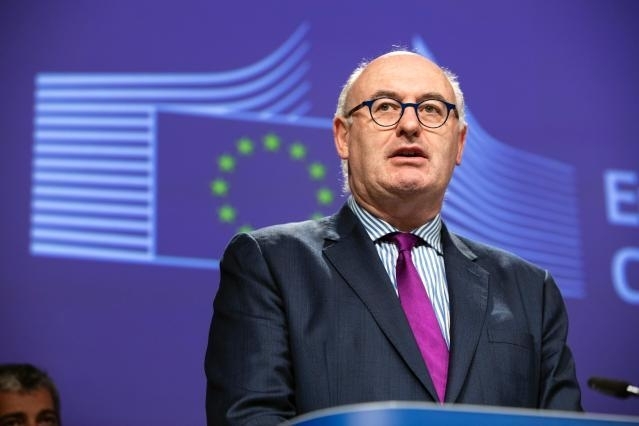 Hogan: There would be a strong and decisive action by the EU.

The EU is threatening to take "decisive action" against the US over its unwillingness to settle the issue of aircraft subsidies and its plan to conduct new investigations in trade deficits.

The aircraft trade dispute dates back to 2004 over subsidies for Europe's Airbus and US planemaker Boeing.

The World Trade Organization (WTO) has awarded the US the right to impose duties on $7.5 billion worth of European goods related to Airbus subsidies. It is expected to rule in September what Europe can do in support of Boeing.

According to European Trade Commissioner Phil Hogan, the US had twice rejected EU's proposals to settle the aircraft trade dispute and is hoping for the WTO to find a solution in September.

Hogan wants to "reassure people" about a strong and decisive action by the EU if they didn't get the outcome they expected from the US to finalize the dispute.

Hogan called the US's "Section 232" investigations, which assess the national security impact of imports to the US, unacceptable, and said it would prompt them to "stand together and act."

The US investigations will be made on mobile cranes, transformers, and steel products, including nails, and would check the impact of the planned EU digital services taxes on US commerce.

US President Donald Trump had been critical of the EU over its trade surplus and imposed tariffs on metal imports from the EU and threatened similar action against its cars.