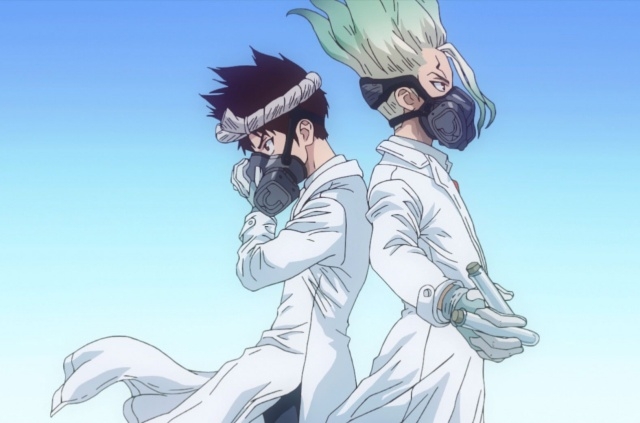 “Dr. Stone,” chapter 126’s raw scans are up, so even if the official copy has yet to arrive, spoilers are already available. It will be an exciting story because there will be love confession amidst the experiments and productions of equipment for fighting.

Also, “Dr. Stone” chapter 126 will highlight the great works of Boichi as per OtakuKart. The publication predicted that from now on, Boichi will just get better at what he’s doing from now and onwards.

What will happen in the new chapter?

Following the chapter where the Science geeks were building weapons to defeat Mozu in case their alliance is broken, it seems that love will overflow in “Dr. Stone” chapter 126. According to Anime High, the manga will feature Taiju confessing his love to the person he’s been secretly loving for five years already.

He will tell Senku about his plans to approach Yuzuriha and let her know about how he feels about her. However, when they met up under the camphor tree in their school, a blinding light suddenly appeared in the sky. He tried to shield Yuzuriha by pushing her out of the lights way, but it’s too late as everyone, including himself, turned to stones.

In that state, many humans already lost their consciousness, but Taiju was able to keep his alive because his determination to change himself and Yuzuriha back to their normal selves never ceases. He succeeded in breaking free from the stone and he learned that his friend Senku was able to escape as well.

Taiju and Senku met and they start to rebuild civilization by applying the latter’s scientific knowledge. They created something that can destruct the stone casing enveloping the humans but instead of breaking the stone on Yuzuriha, circumstances led them to free up Tsukasa Shishio first. He is known as the strongest primate highschooler so they work together but he turned enemy at one point due to his belief that only the pure young-hearted humans should survive.