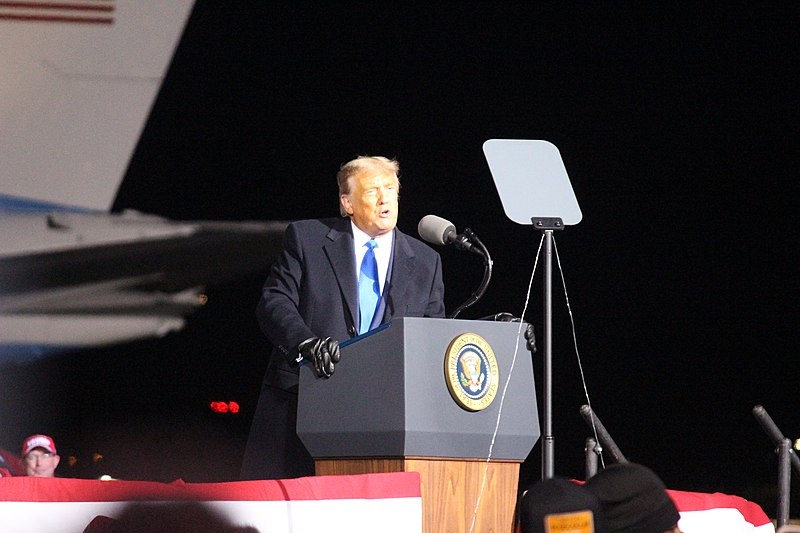 Donald Trump may no longer be able to claim voter fraud or a stolen election now but recent reports revealed how desperate the former president was to overturn results. Reports have emerged that Trump was planning to fire his acting attorney general and replace him with a loyalist.

Last week, a piece by the New York Times revealed another one of Trump’s desperate attempts to stay in power by wielding his authority over federal officials in a bid to overturn the election results in his favor. Trump reportedly planned to fire his acting attorney general Jeffrey Rosen and replace him with a lawyer within the Justice Department who could help him in overturning election results.

Jeffrey Rosen would have then be replaced by Jeffrey Clark, who led the civil division of the department. Clark would have also supported Trump’s claims of election fraud despite widespread refuting of the said claims and 61 lawsuits to contest results in swing states dismissed. These dismissed suits came from judges across the board, including his own appointees. Clark would have also pressured officials in Georgia to overturn the results despite various recounts and certifications all confirming Biden’s victory. A DOJ official confirmed Trump’s plan, according to the outlet.

However, Trump’s plan would ultimately be panned as the department’s officials agreed during a video call that they would resign from their posts should Rosen be fired. Trump previously urged Rosen to appoint a special counsel to investigate his claims as William Barr stepped down from his post as attorney general in December. Barr would not appoint a special counsel despite Trump’s insistence.

Meanwhile, Trump has appeared to do more damage to the US’ relations with its allies especially the transatlantic relationship with Europe or the European Union. EU president Charles Michel said over the weekend that Joe Biden’s administration would mean a return to a more “respectful” correspondence. Michel added that Trump spoke more with North Korea than he did with the EU.

“What is certain is that the last few years have damaged the relationship with the US… Unfortunately, it is no joke, the previous president spoke more with North Korea than he did with Europeans,” said Michel on Europe 1 Radio. “With Joe Biden, we have the prospect of a more normal, more respectful dialogue...and on several projects like the climate, to have a strong objective alliance, which is rather positive and exciting.”