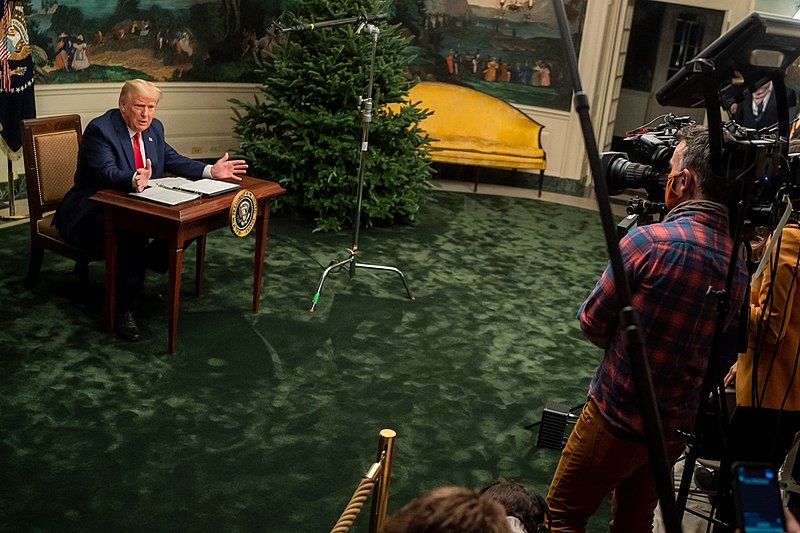 States are already certifying the results of their respective elections much to the chagrin of Donald Trump. Following the recent dismissal of a lower court order to delay certification of results, Trump blasted the judges’ verdicts.

In a phone-in interview with Fox News, Trump took the opportunity to blast the federal judges’ decision to dismiss the request to delay certification of votes over the weekend. The federal judges in Pennsylvania dismissed the case being made by Trump and his lawyers that could see 2.5 million votes disenfranchised. The judges cited failure to provide evidence as one of the reasons for the case’s dismissal. The is Trump’s latest unsuccessful attempt to overturn the results in his favor as he refuses to acknowledge his defeat to Joe Biden while giving the GSA the go-ahead to start the transition period.

This has now narrowed down Trump’s chances of overturning the election results. Biden maintains 306 electoral votes while the outgoing president has 232. Nevertheless, Trump continues to push his unfounded conspiracy theories of voter fraud.

“We’re not allowed to put in our proof. They say you don’t have standing,” said Trump. “We have affidavits, we have hundreds and hundreds of affidavits,” Trump added that he would file one big lawsuit but has not disclosed any details on the supposed proof that his legal team has. Trump and his legal team have also gone to the extent of alleging that even the FBI had a hand in the supposed fraud that has gone on. This is despite many officials already announcing that there has been no evidence of fraud in this year’s elections.

It is not just the election officials and judges speaking against Trump and his team’s claims of fraud, but also fellow Republicans who have criticized the continuous claims. Conservative news outlet National Review has also spoken out against Trump’s claims and attempts to undermine Biden’s victory.

In a piece titled “Trump’s Disgraceful Endgame,” the author rips into Trump’s push to contest the results of the election. The piece also narrows down Trump’s desperate attempts as the actions of a person who could not accept defeat. The piece also notes that Trump’s actions have dangerous consequences.