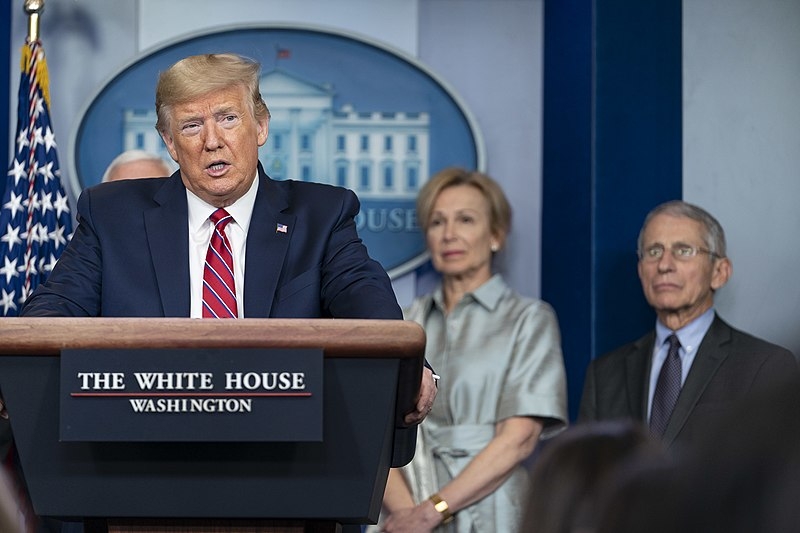 The Trump administration has received heavily mixed responses for how they are handling the coronavirus pandemic. A clip of President Donald Trump at a recent coronavirus meeting was shared online, but Trump appeared to look disinterested and perhaps bored.

Trump had a video conference with governors in Washington to discuss the various measures they could take to prevent the coronavirus from spreading. However, during the video conference, it appeared that Trump did not look interested in the topic at hand, even when the governors were informing him that suppliers were canceling orders from the state governments as they preferred bids from the federal government.

A clip of Trump at the video conference was shared online with the caption “Here is the President sleeping during the coronavirus meeting as the Vice President speaks.” The clip made it appear that Trump was falling asleep while listening to the concerns of the governors.

Users on social media criticized Trump and his supposed behavior during the conference. Some called for his resignation, while others suggested that former vice president Joe Biden use this clip against Trump in a political ad or as a response whenever the President would refer to him as “Sleepy Joe.”

Previously, Politico reports that Trump plans to fast track the approval of experimental treatments to Americans who are infected with the coronavirus in order to identify the drugs that do work and can become possible treatments.

Last week, Trump said that he had requested the Food and Drug Administration to fast-forward the authorization of the drugs. However, he did not disclose any other details, but the President and his officials have emphasized the measures they have taken over the past several weeks in order to start the clinical trials for potential treatments.

Although Trump appeared to be optimistic regarding this move, FDA commissioner Stephen Hahn clarified the President’s plan to fast track the release of these unproven drugs as of late. “What’s important is not to provide falsehood but provide hope,” said Hahn. “We need to make sure that the sea of new treatments will get the right drug to the right patients, at the right dosage, at the right time.”