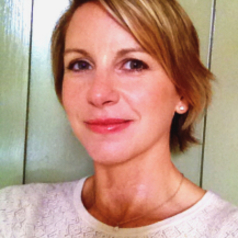 Few sports do relentless, tortuous agony quite like rowing – and few rank higher on loyal, bonded camaraderie. Why do painful sports and team bonding go so well together?

In competitive sports, happy euphoric moments can clearly heighten team love and unity. But shared pain can also create and strengthen bonds among people who go through the same tough experience together. In the brain, pleasure and pain are mediated by some of the very same chemicals, including endorphins and endocannabinoids (the body’s natural opiate and cannabis), known for their role in both relieving pain and producing feelings of joy and calm.

The fact that group bonding is a consequence of shared pain could help explain how painful sports breed bonded teams. But there is some evidence that the link goes the other way too. For example, people experience pain less intensely in the presence of cues to secure social support, such as a photo of a loved one. Where pain matters for performance, as is the case in many sports, group bonds may therefore influence individual and team competitiveness.

Pain and the brain

To understand this, it is useful to consider how pain works. When we experience a painful jab of heat to the skin, how much pain we feel does not simply reflect the amount of heat in the stimulus. The felt intensity of pain, and pain processing in the brain, depend on a range of contextual and cognitive factors, such as whether we are in the presence of a close friend or whether we have knowingly received treatment that we believe helps to relieve pain.

This is the basis of what’s called placebo analgesia, where beliefs about having received pain relief medication can reduce the felt intensity of pain and how it is processed in the brain, even though the treatment may have been a sham. Performance in sports involving pain and its close relative, fatigue, is also known to be enhanced in a similar way by placebo treatments.

As with many of the evolved defences that the human body uses to take care of itself, the athlete’s pain may be the result of an adaptive “decision”, or judgement call, taken by the body and brain. The call is either: to produce or increase pain, a sure-fire way to slow us down and so avoid further harm or facilitate recovery from injuries; or: to block or reduce pain, which – although potentially resulting in harm from overexertion in the longer run – can allow us to keep going in pursuit of a worthy immediate goal.

In this calculation, the value of the goal, the severity of potential harm, and the conditions facilitating recovery, all matter. A low-value goal is not worth causing serious bodily damage for. In contrast, a high-value goal, such as escaping certain death or chasing down an Olympic gold, might well be worth it. In this case, the body may muzzle or block pain, provided, in part, that conditions for recovery from any harm incurred are sufficiently favourable.

Pain relief helped by other people

In many sports, pain and fatigue limit performance. Raising pain and fatigue thresholds is therefore the supreme target of athletes' tough training schedules. But the research on pain suggests that results aren’t all about physical conditioning. Unconscious processes involved in the body’s regulation of pain, and therefore performance, are influenced by the value that the athlete puts on the prize and on whether they perceive the environment as conducive and supportive for recovery.

Other people may be the single most important environmental variable in this equation. The assurance of support at the finish line reduces the adaptive value of pain during the challenge – in a sense, the cost of deploying the body’s own protective mechanisms during the race is offset by the benefit of support, help and recovery received from others after the race. Images of spent Olympians crumpling helplessly into the arms of their teammates, coaches and even their rivals, powerfully illustrate this point. These were athletes who were still somehow striding, grinding and accelerating to their Olympic dream only milliseconds before.

My colleagues and I have carried out tests on whether there are links between performance in sport and social support, pain and fatigue. A study with members of Oxford University’s rowing squad looked at whether pain and fatigue thresholds are higher when the athletes are rowing with their teammates, or on their own.

The athletes rowed either alone or with their teammates on separate stationary ergometers, or rowing machines. We measured their pain thresholds using a blood pressure cuff, applied to the arm and inflated to the point at which they reported feeling discomfort. Pain thresholds were measured before and after a 45-minute continuous rowing activity. Rowing pace was maintained the same across sessions.

Our continuing research is looking at whether athletes can go harder, faster, for longer in the presence of closely bonded teammates, friends and supporters. If so, we may be observing something that has long been recognised but little understood – a kind of “social placebo”, in which perceptions of safety and support are part of the very architecture of pain and fatigue.

This research is beginning to reveal why team bonds can matter so much, even for elite athletes whose bodies have been engineered to physical perfection. An athlete’s ability to consume social support – from teammates, family, and fans – may prove to be one of nature’s most effective performance-enhancers.

Emma Cohen does not work for, consult, own shares in or receive funding from any company or organisation that would benefit from this article, and has disclosed no relevant affiliations beyond the academic appointment above.

Emma Cohen, Associate Professor at the Institute of Cognitive and Evolutionary Anthropology and Fellow in Human Sciences at Wadham College, University of Oxford