Do you have a moral duty to pay taxes? 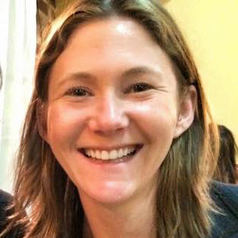 It’s tax season. Americans will pay an average of US$10,489 in personal taxes – about 14 percent of the average household’s total income.

Most will do so because they think it is their civic duty. Many believe they are morally obliged to obey the law and pay their share. But as tax day approaches, many Americans will bemoan their tax bill and complain that it is unfair.

So, how are we to know if paying taxes is the right thing to do? Perhaps philosophy has some clues?

Reasons to obey the law

Many philosophers agree that we should obey the law. In his book, “The Crito,” Plato, for example, describes Socrates’ choice after the Athenian jury sentenced him to death for impiety. Crito, a wealthy friend of Socrates, arranges for him to escape from the prison a night before his execution. Socrates refuses saying he ought to obey the law.

In explaining his decision, Socrates hinted at roughly three reasons why it would be wrong for him to break the law: First, he had chosen to stay in the city for many years despite being at liberty to leave if he did not like the laws. Second, he might hurt other people – by damaging the state if he disobeyed. Finally, he had benefited from the laws in the past.

More recent scholars endorse many of these claims. Eighteenth-century philosophers like John Locke and Jean-Jacques Rousseau argued that citizens agreed to the law of the state by continuing to live in the place. Locke, for example, held that “if a man owns or enjoys some part of the land under a given government, while that enjoyment lasts he gives his tacit consent to the laws of that government and is obliged to obey them.”

Another British philosopher of the same era, H.L.A. Hart argued that citizens should comply out of fairness to others who obey. He held that it is unfair, and therefore wrong to benefit from their actions, without doing the same for them in turn.

Is there a moral duty to pay taxes?

Yet it is hard to see why these arguments would give the average citizen a moral responsibility to pay their taxes.

Most of us never consented to the law. We were simply born here. Leaving would be costly, and even the chance to emigrate is dependent on another country’s willingness to accept us.

Given the amount of government waste and its total budget individual citizens could think that their tax bill is unlikely to make a difference to the services the government can provide. Even if they agree with how the government spends money, they might therefore conclude they have no reason to contribute. After all, one person’s ten thousand dollars is not going to determine whether the military can secure national borders.

The most commonly defended argument from scholars for why one should pay taxes is a duty of fair play. Fair play is the notion of reciprocity, the idea that you should not take advantage of others.

As philosophers like George Klosko argue, people benefit from their fellow citizens paying their taxes.

They enjoy the roads that everyone helps pay for, the fire departments they fund. They ought to pay back fellow citizens who benefited them, just like you ought to do something for a friend who gives you a ride to the airport.

The case against paying taxes

As a philosopher who studies civic ethics, I have argued in a recent paper that this kind of responsibility still does not explain why one should pay taxes.

The idea that we have to pay your taxes because other people have benefited by paying theirs rests, from my perspective, on a wrongly narrow view of what it means to satisfy one’s duties of reciprocity. All that reciprocity requires is that one should compensate people for the work they have done that benefits us.

Just like we can repay a friend who gives us a ride to the airport by doing something else that benefits them – say, making them dinner or helping them move – so too can we repay our fellow citizens by doing something other than paying our taxes.

Lots of actions benefit your fellow citizens that you might pay for – taking a pay cut to do legally discretionary work to help the environment, volunteering to do policy research, choosing a career in public service over a more financially rewarding line of work, and more.

If you do enough such acts, it could be argued, you would have no duty of reciprocity to pay your taxes. You would already have done enough to compensate your fellow citizens.

Given this, the best argument for paying our taxes, as I argue in my paper, is “intellectual humility.” And here is what it means.

Satisfying these duties of reciprocity requires successfully compensating our fellow citizens for all the burdens they took on our behalf. As one can imagine, it is a hard calculation to make.

It is difficult to know if we have done enough. If we choose not to pay taxes because we think we have already repaid our fellow citizens in other ways, we run a strong risk of getting it wrong.

Paying the tax bill is one way of avoiding that risk and making sure we treat our fellow citizens fairly.

Editor’s note: This piece is part of our series on ethical questions arising from everyday life. We would welcome your suggestions. Please email us at ethical.questions@theconversation.com.