‘Cyberpunk 2077’: How the dynamic weather and acid rains affect the gameplay and NPCs 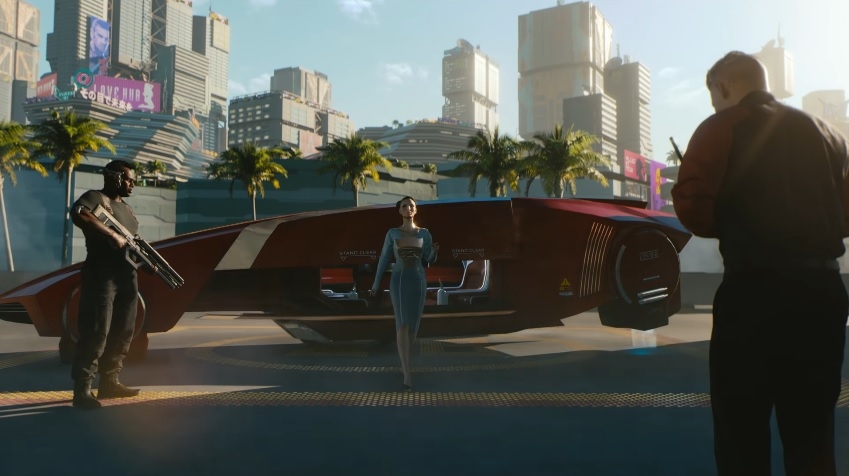 The dynamic weather system is possibly one of the most anticipated gaming features in “Cyberpunk 2077.” Like with many aspects of the role-playing video game, developer CD Projekt Red still have plenty of information they are keeping to themselves until its launch about this particular feature. However, they have mentioned enough details for fans to manage their expectations on the game’s weather system.

Dynamic weather systems have become a notable gameplay feature on modern video games, but the way they affect the overall gameplay differs for every title. With still a few months left before the release of “Cyberpunk 2077,” CDPR has only given fans the general idea of how this will work on their upcoming project.

In a special community event that the video game company hosted last November in Warsaw, CDPR confirmed that non-playable characters (NPCs) would react to the changing weather across Night City. Players may be able to observe this, for example, when rain suddenly starts to pour. NPCs that have umbrellas will take them out to use them, otherwise, they will be running to the nearest shed to avoid getting soaked in the rain.

Redditor u/shavod, who attended the said event, shared that CDPR has settled that the dynamic weather system does not have an effect of the “Cyberpunk 2077” gameplay. This could mean that it would not necessarily make the missions harder or easier.

‘Cyberpunk 2077’ features: Will there be acid rains?

Whenever the weather system of “Cyberpunk 2077” is being discussed, the subject of having in-game acid rains is almost constantly being brought up. Luckily, fans will no longer have to guess about it because CDPR has already stated that it is a certain feature in the upcoming game.

Exactly how the acid rains will affect V, and the NPCs is unknown. But if the game characters will seek refuge for normal rain, it might be safe to assume they would be reacting the same way for a more dangerous climate phenomenon.

Apart from being a gameplay feature, acid rains are also somewhat a necessity to make “Cyberpunk 2077” stay true to its narrative. “We've got acid rain as well,” CDPR’s Alvin Liu previously told Wccftech. “Night City is a very polluted city, and we're also exploring that kind of stuff, pollution and global warming and everything.” “Cyberpunk 2077” comes out on April 16 and will be available on Windows PC, PlayStation 4, Xbox One, and Google Stadia.