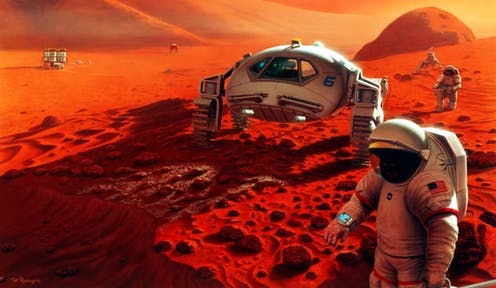 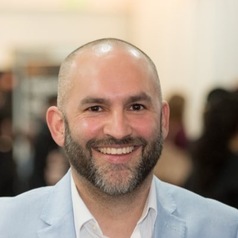 While we haven’t yet put people on Mars, we may be able to in the future. As with any major human exploration, whether it’s climbing Mount Everest or travelling to the deepest point of the oceans, there will be a number of obstacles to overcome when we send people to Mars (and bring them back home again).

Firstly, building a spacecraft that can take a crew to Mars safely will be a challenge. Astronauts staying on the International Space Station (ISS) can receive supplies of food, water and other provisions because it is close to the Earth. But a journey to Mars will last six to nine months, depending on the relative positions of the planets to each other. The spacecraft will need to be self-sufficient, which means it will have to carry all the necessary supplies required for the trip or be able to produce them on board.

The spacecraft will also need to provide protection for the crew. On Earth we are shielded from the sun by a magnetic field, but in space we can be exposed to solar and cosmic radiation, which damages cells and increases the risk of cancer.

The cost of a ticket to Mars

One of the biggest challenges of a human Mars mission will be keeping the crew fit and healthy. Being in space for a long time can make a lot of strange things happen to the human body. When we enter the microgravity environment of space (when astronauts can float) the first thing that happens is that body fluids, which on Earth are “pulled” to the feet, are reduced and move towards the head and chest. This causes astronauts to experience something called “puffy head, chicken legs”.

Other serious effects include changes to bone and muscle. In space, bone density reduces at a rate of 1% and muscle mass at a rate of 3% per month. This is similar to the levels lost in an entire year during the ageing process for older people on Earth.

Losing these amounts of bone and muscle may not seem to be much of a problem in space. The “weightless” conditions mean humans can perform apparent feats of superhuman strength, such as an astronaut moving a satellite into position by themselves. However, when re-entering a gravity environment, muscle and bone loss reduces physical performance and greatly increases the chance of a fracture. 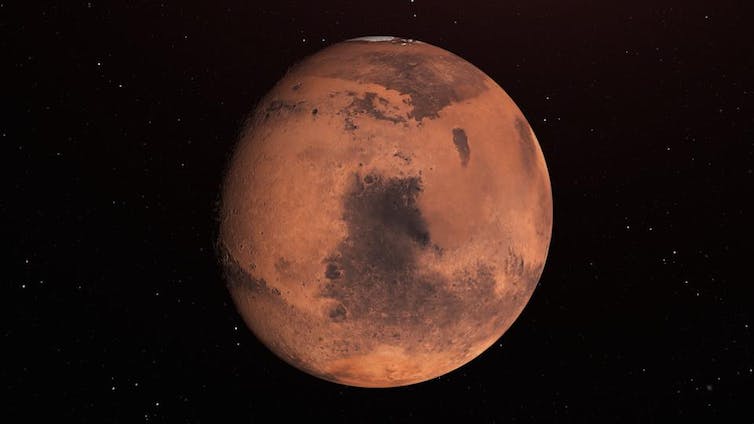 At the closest point in its orbit, Mars is 57.6 million kilometres from Earth. NASA/JPL-Caltech

At present the best solution we have to counteract these effects is exercise. Astronauts on the ISS exercise for about 2.5 hours per day, doing a mixture of cardiovascular (cycling, running) and resistance or weight training. However, even with this amount of exercise, astronauts’ fitness goes down by 25% in just six months, so it is likely that crews will arrive on Mars in a weak and fragile condition.

Once on the surface of Mars, crews will be exposed to gravity again. But the gravity on Mars is only 0.38g (about one-third that of Earth’s). This means that moving around on the planet’s surface will be much easier than on Earth – even though any visitors would have to wear protective spacesuits – but crew members may not be able to replace the muscle and bone lost during the journey. The concern is that if they are unable to replace this muscle and bone when on the surface of Mars (probably for about a year) then they may not be able to come home.

So scientists are looking at lots of ways to keep astronauts healthy during long-term space exploration, including a mission to Mars. They are trying to create artificial gravity devices so astronauts can take part of Earth’s environment with them. Another possibility is vibration platforms like those used currently on Earth to help regenerate bones and muscles during ageing.

Hopefully, this will mean crews can endure the two-year round trip to Mars and ensure that our first journey to another planet isn’t a one-way trip.