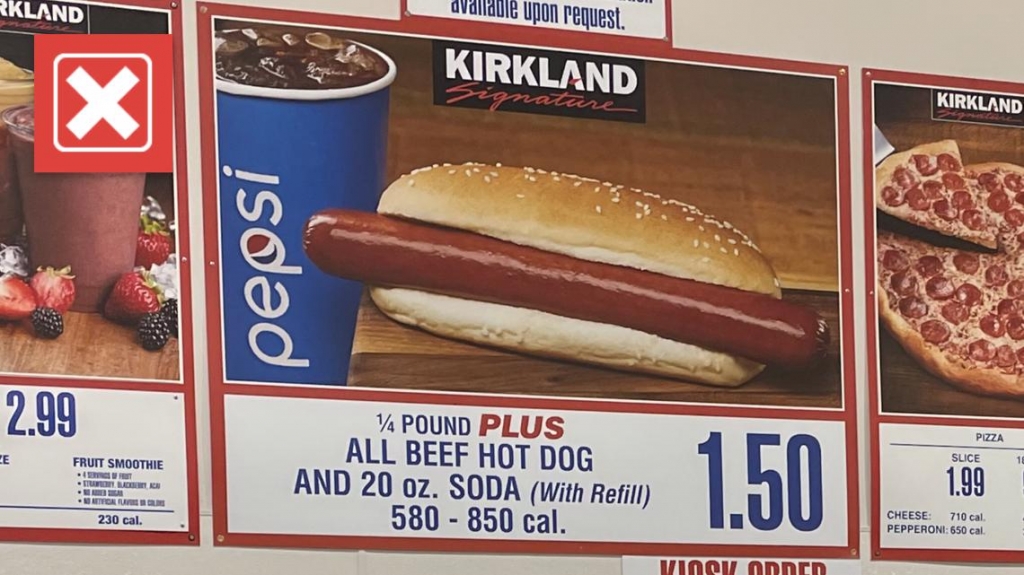 Costco’s insistence on keeping its hot dog deal at its current $1.50 price is a thing of legend:

Costco would want to "forever" keep the price of the hotdog and soda combo at $1.50, where it has been since 1985.

On a recent call, the company's chief financial officer Richard Galanti stated the plan is to keep the price there for all of eternity.

It was the first time a higher-up at Costco publicly announced such an intention.

Galanti also announced that Costco’s net income for the quarter was $1.868 billion, with $4.20 per diluted share and net sales up 15.2 percent.

Costco’s insistence on keeping its hot dog deal at its current $1.50 price is a thing of legend: According to Costco President and CEO W. Craig Jelinek, co-founder Jim Sinegal once “threatened to kill him” if the price was increased.