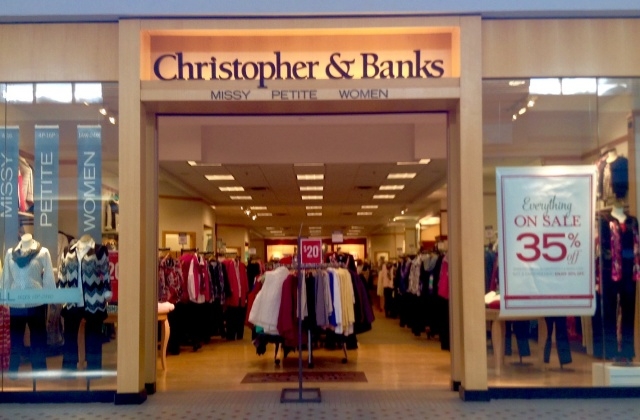 Christopher & Banks just filed for bankruptcy, and it is likely to shut down some or all of its stores soon. Just like the other companies that have already closed down, the main reason for this turn of events is the COVID-19 crisis.

Why the company ended up broke

Based on the report, the American retail company specializing in women’s apparel was hit with a deep financial crisis after its sales plunged during the pandemic. Apparently, the company was left with no choice but to file for bankruptcy to protect them from further financial troubles.

Christopher & Banks filed voluntary petitions for Chapter 11 in the Bankruptcy Court in New Jersey on Jan. 14. Subsequently, the retail company started to close its chain of stores, and the liquidation process has started. It was added that the store is also considering putting the firm’s e-commerce platform up for sale and actively looking for possible buyers.

"Since the start of the COVID pandemic, we have taken aggressive steps to protect our business while continuing to serve our customers in a healthy and safe environment," Christopher & Banks CEO Keri Jones said in a press release.

She added, “Despite the tremendous advancements we have made in executing our strategic plan, due to the financial distress resulting from the pandemic and its ongoing impact, we elected to initiate this process and pursue a potential sale of the business in whole or in part to position the Company for the future.”

Then again, while Christopher & Banks already filed for bankruptcy, it was stated in the release that it will continue to operate its business as normal until a certain term. At any rate, the company’s troubles were said to have started even before the pandemic, when the management changed. COVID-19 only made the situation worse as they are not able to have the chance to boost sales due to the lockdowns.

Meanwhile, there were already indications that Christopher & Banks is heading for bankruptcy. USA Today noted that the move to file for Chapter 11 was already predicted because the company has been reporting its financial issues for months.

Christopher & Banks also hired strategic advisers in December 2020 to work on the debts and look for alternatives to save the company. However, even with these efforts, they failed to increase the sales but only gained more debt due to the loans they got last year; thus, the bankruptcy is not surprising.