Chart of the Day Series

Chart of the Day: immigration hosts and senders 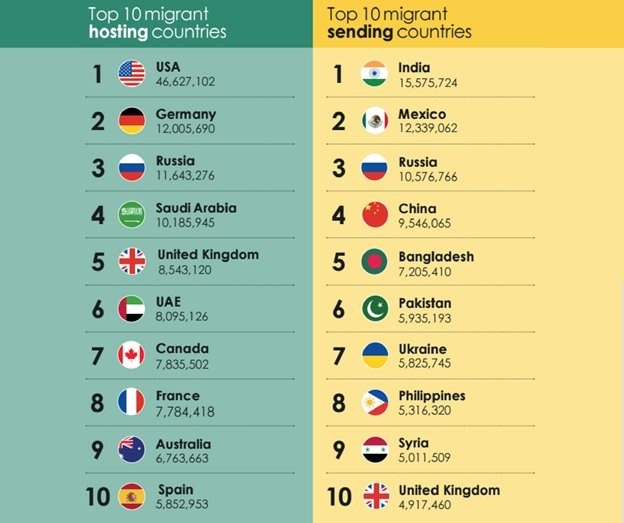 The recent travel ban from 7 largely Muslim-dominated countries to the United States by the executive order of President Donald Trump made this chart a hit across the globe and it shows that the United States is by far the biggest host of immigrants. As of 2015, the U.S. is hosting more than 46 million immigrants, almost four times that of Germany and while India topped the sender's list by sending more than 15 million.