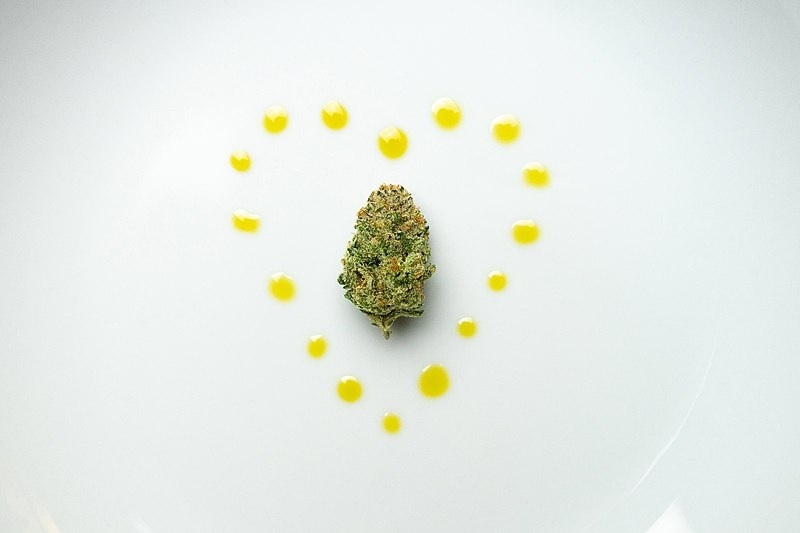 A cannabis nug plated with drops of CBD oil surrounding it in the shape of a heart. | Photo by Sherpa SEO (www.workwithsherpa.com) [ licensed under CC BY 3.0 (https://creativecommons.org/licenses/by/3.0)] via Wikimedia Commons

The Food and Drug Administration issued a warning to Curaleaf that specializes in cannabidiol (CBD) products for medical and wellness use. The company caught heat from the agency after its reported “unsubstantiated claims” that CBD can be used to treat some serious illnesses such as cancer.

Several studies agree that the consumption of marijuana, a type of cannabis, helps in pain management caused by a slew of medical conditions. However, further research is still needed to support claims that CBD and other cannabis products can treat illnesses like cancer and Alzheimer’s among others.

CBD as a cancer treatment?

In a press release last week, acting FDA Commissioner Dr. Ned Sharpless said, “Selling unapproved products with unsubstantiated therapeutic claims — such as claims that CBD products can treat serious diseases and conditions — can put patients and consumers at risk by leading them to put off important medical care.” The agency has also formally filed a warning letter to Curaleaf enumerating claims found on its official website that the FDA deemed “unapproved” and have “misbranded” its products.

The FDA cites, Curaleaf has been claiming CBD helps to impede the spread of cancer cells. Additionally, the agency found the company claiming that CBD is “effective in killing” breast cancer cells.

Last year, the FDA approved the selling of the first-ever CBD oral solution Epidiolex for the treatment of patients of two types of epilepsy: Lennox-Gastaut syndrome and Dravet syndrome. At the time, the FDA noted that CBD does not lead to intoxication or causes a “high” unlike another chemical component of marijuana called tetrahydrocannabinol (THC). However, as mentioned, CBD’s healing properties for other conditions like cancer have yet to be supported by solid and scientific evidence.

Various types of cancer remain one of the most feared diseases around the world. Various treatment strategies and immunotherapies have been developed to aid in a higher chance of survival and remission. But scientists have yet to develop a complete cure. In September 2019, the World Health Organization reported that the new cases of cancer are estimated to have increased to 18.1 million, while deaths linked to the disease rose to 9.6 million.